The future of Bafana Bafana striker Tokelo Rantie remains uncertain after his proposed move to eSwatini was called off.

RANTIE PLAYED FOR PIRATES AND SUNDOWNS

Rantie, who has previously played most notably for Orlando Pirates and Mamelodi Sundowns in the PSL, was due to join Mbabane Highlanders after the two parties had agreed in principle to a deal.

However, Highlanders boss Ally Kgomongwe has now confirmed that Rantie will not be joining his team after the 30-year-old called off his trip, citing “family commitments”.

“We had already agreed with everything on the contract, but the deal is now off due to the player’s family commitments,” Kgomongwe told the Kickoff website.

“His agent was very good during the negotiations but unfortunately the player could not come to eSwatini [for the official signing of the deal].

“As a South African, my idea was always to try and give South African players chances to revive their careers here in eSwatini.”

Rantie played 20 matches for Pirates in 2011-2012 and has also spent time in Mozambique, Sweden, Turkey and England.

In September 2019 he signed a 3-year contract with defending PSL champions Mamelodi Sundowns, but that contract was terminated shortly thereafter in January 2020.

Rantie has represented Bafana Bafana on 40 occasions after making his debut in June 2012.

IN CLOSING | BENNI MCCARTHY TO ROPE IN PSL LEGENDS TO HELP AMAZULU? 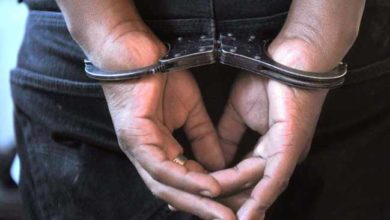 eSwatini will not use AstraZeneca vaccine after S.Africa trial data