Australia’s international airport lounges have been closed for over a year now, with airlines and operators pulling down the shutters as overseas travel itself was halted in late March 2020.

However, it’s likely that some international flights will take off well before then, as quarantine-free travel bubbles open between COVID-safe countries.

The launch date for a trans-Tasman bubble between Australia and New Zealand is due to be announced on Tuesday April 6, albeit on what’s expected to be a state-by-state basis from the Australian side, based on each state’s continuous COVID-free period.

Other South Pacific destinations such as New Caledonia and Fiji could follow, along with Singapore.

So as passengers begin flowing back into Australia’s international airports for that bubble trip, can they look forward to once again visiting their favourite airport lounge – or indeed, any airport lounge?

Ahead of the Australia-New Zealand travel bubble announcement, Executive Traveller contacted several airlines and lounge operators for an update on the loungescape.

Qantas declined to offer any specifics, with a spokesperson indicating that the timeline and logistics are still being worked out.

As you can imagine, there’s much more to opening an airport lounge – especially after a year-long shutdown, when many experienced staff may also have been let go – than simply unlocking the doors and rolling out the welcome mat.

Qantas’ first class lounges could initially become the go-to for all loungeworthy flyers.

This could even see the Qantas first class lounges at Sydney and Melbourne opened ahead of the business class lounges, with all loungeworthy travellers directed to the superior lounge.

“We might open one of the international lounges to start with – and that doesn’t mean necessarily the business lounge, it could be the first lounge because the size is smaller,” Tully explained.

“It will depend on what the demand looks like. If the commercial demand is is not large, because the bubble is more contained, it makes sense to open the more premium lounge.”

“We have been optimistically planning the reopening of our Australian and Auckland, Wellington and Christchurch international lounges since before Christmas.”

Air New Zealand is gearing up to get its lounges back open as soon as the bubble opens.

“Reactivating our international lounges is done in partnership with our catering provider Compass in both New Zealand and Australia, and although we are fortunate that many of the team are able to return after being away, there will be some new faces who are being recruited and trained at the moment.”

Swarbrick promises the restart team won’t overlook the airline’s coffee ordering app, which is “a favourite with customers.”

“Our Facilities team has taken the opportunity while we are closed to carry out some maintenance and check the equipment is all functioning. Everything from the freezers to the living plant walls has been assessed.”

“Needless to say, the freezers have performed better than the pot plants!” Swarbrick laughs.

AMEX lounges are a popular airline-independent option for many travellers.

American Express is currently running the ruler over its Sydney and Melbourne lounges.

“We are assessing when to reopen based on several factors including government and health authority guidelines, traveller volumes, and our ability to adapt the lounge’s space and offers to ensure the health and safety of our guests,” a spokesperson confirmed to Executive Traveller.

Likewise, Plaza Premium – which operates those American Express lounges along with its own-branded spaces at Sydney and Melbourne – says it will “keep monitoring the development of the travel bubble (and) evaluate the feasibility of any opportunity to reopen our lounges to support the travel.”

Virgin Australia remains eager for an international restart, with New Zealand top of the list.

“It will be one of the first things we do. It will be anywhere where a (Boeing) 737 can fly, so that will include New Zealand, Fiji and Bali.”

Prior to COVID-19 and its own collapse, Virgin offered access to international lounges at Sydney, Melbourne and Brisbane operated by No1 Traveller. However, the London-based company did not respond to our emails.

Is it safe to travel this summer or fall? Here’s what experts say 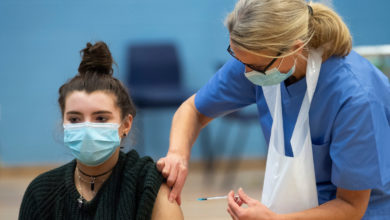 Flying Overseas? There's A LOT You Need To Know. Here's A Guide : Goats and Soda – NPR