Boston-based pharmaceutical company Moderna announced a new supply agreement with Australia for 25 million doses of its COVID-19 vaccine. The deal includes ten million doses against the original strain of the coronavirus to be delivered this year.

This vaccine has been widely used in countries such as Canada, United States and the United Kingdom under emergency use authorisations granted by these countries and the World Health Organisation.

Moderna’s deal with Australia also includes 15 million doses of its updated variant booster vaccine candidate, estimated to be delivered in 2022. The agreement is subject to approval by Australia’s drug regulator, the Therapeutic Goods Administration (TGA), for both the original vaccine and the booster. Moderna expects to submit an application to the TGA “shortly”.

How does Moderna’s vaccine work?

Moderna’s vaccine against the original strain is given as two doses. Both this vaccine, and the updated booster, are mRNA vaccines (like the Pfizer vaccine). The vaccine contains genetic instructions for our cells to make the coronavirus’ “spike protein”. The mRNA is wrapped in an oily shell that protects it from being immediately degraded by the body, and ensures it’s delivered into cells after injection.

Once in the cell, the mRNA is converted into spike protein that can be recognised by the immune system. Our immune system then builds an immune response against the spike protein, and learns how to fight off the coronavirus if we encounter it in future.

Moderna’s vaccine remains stable at -20 degree celsius, the temperature of a household freezer, for up to six months. It can remain refrigerated at 4 degree celsius for up to 30 days.

As most pharmaceutical logistic companies are capable of storing and transporting products at -20 degree celsius, it’s relatively easy to store and distribute this vaccine. By contrast, Pfizer’s mRNA COVID-19 vaccine needs to be stored long-term below -60 degree celsius, though unopened vials can be stored at freezer temperatures for up to two weeks.

Is it safe and effective?

Phase 3 clinical trials of the vaccine, with over 30,000 participants, showed 94.1% efficacy at preventing COVID-19 as well as complete protection against severe forms of the disease.

Researchers did not identify safety concerns, with the most common side effects being transient pain at the injection site, and headache or tiredness that typically lasted for up to three days.

These clinical trials, however, largely occurred prior to the emergence of SARS-CoV-2 variants of concern. These include B.1.1.7, which emerged from the United Kingdom, and B.1.351, first detected in South Africa.

Can it protect against variants?

Subsequent studies have investigated the potential for these variants to escape the protection offered by Moderna’s vaccine. Preliminary studies have identified slight, although not significant, reductions in the protection it offers against the B.1.351 variant, originating in South Africa.

In response to this data, Moderna updated its mRNA vaccine formulation to account for the changes in the spike protein present in the B.1.351 variant. In March this year, it started phase 1 and 2 clinical trials to investigate the safety and ability of its variant vaccine to provoke an immune response.

Preliminary, preclinical studies suggest vaccination with the variant vaccine was effective at increasing neutralising antibodies against the B.1.351 variant.

Preclinical studies also suggest a vaccine containing an equal mix of its original vaccine, and the B.1.351 vaccine, was most effective at providing broad cross-variant protection, including against the P.1 variant that originated in Brazil.

Moderna’s vaccines can be rapidly reformulated to target emerging variants. This is largely thanks to the splendour of the mRNA technology, simply requiring the genetic sequence of the virus.

It’s possible Moderna will be able to update its vaccine to cover future variants of the coronavirus so we can quickly provide people with protection to emerging strains.

Moderna revealed it’s in discussions with the federal government about manufacturing its vaccines onshore in Australia. This follows news that both Victoria and New South Wales have committed money towards developing mRNA vaccine manufacturing capability. 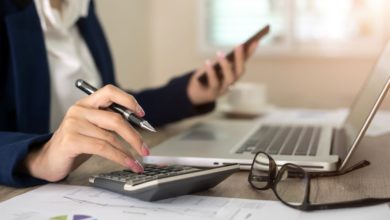 INTERVIEW | More than a balancing act – what is the future like for CFOs?