Sign up to myFT Daily Digest to be the first to know about Geopolitics news.

It was almost enough to restore your faith in South Africa: a cleaning crew in Durban dancing with their brooms as they prepare to sweep up the mess. All over the country, professionals and volunteers cleaned up after the recent looting that killed more than 330 people. Many ordinary South Africans still believe in their country’s future. They have to; they have nowhere else to go.

But elites today take an international view. Thanks to globalisation, a national elite can always abandon its homeland and move elsewhere. In every country, the elite’s time horizon determines how it governs. Does the elite treat its country as a sort of luxury watch that it’s only looking after for future generations or as a stolen wallet full of cash? South Africa is a case study of what happens when the elite’s time horizon shortens.

There are only a few lucky countries whose elites reliably think decades ahead. This is an unfairly self-perpetuating system. Typically, these are old democracies, where members of the elite live in old houses. Even there, elites have varying time horizons. Politicians tend to think in electoral cycles, whereas policymakers and heads of venerable, nationally based companies take a longer view.

In more turbulent countries, elite horizons can gradually lengthen. That has happened in China, where the Communist Party — which just turned 100 — feels sufficiently secure to build long-term infrastructure. The same thing occurred, more briefly, in Russia in the early years of Vladimir Putin, when he offered Russians a long-term project of efficient technocracy, restoration of national greatness, and a crackdown on corruption (or so he promised). Many elite members in both countries stuck with their short personal time horizons. They kept sending their money and children abroad, fearing expropriation by the regime. But they did expect the system to survive.

South Africa’s apartheid regime had long time horizons too. My parents left the country in the early 1960s in part precisely because they expected apartheid to last the rest of their lifetimes. In the 1980s, South African timeframes shortened as the political future became uncertain. But Nelson Mandela managed to restore the long view. He had a long-term story and a project: building a peaceful, non-racial democracy in which all South Africans could live dignified lives. Most of them bought his story. Once the African National Congress entrenched itself in power, South Africa acquired both the corruption and the long-term stability typical of a one-party state. 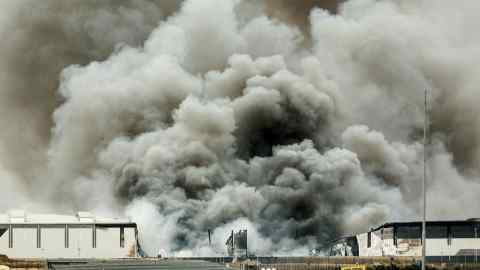 But like other African countries, South Africa continued to suffer capital flight. The people with money weren’t betting on Mandela’s project. Some white businesspeople weren’t sure they would remain welcome. That wariness is typical of economically powerful minority ethnic groups everywhere. Now some Trumpian whites in the US imagine, ludicrously, that they are in the same boat.

There are moments when elite timeframes suddenly shrink. A country’s portents of doom can come from above (dictator goes off the rails), from below (peasants with pitchforks), from civil war or invasion. Time horizons have shrunk this year in Hong Kong, which for over a century had its own long-term project: a mix of business and personal freedom. As the outpost is subsumed into China’s very different project, Hong Kong’s elite has to decide: should I stay or should I go?

South Africa’s elite now faces the same question. Most members no longer believe Mandela’s project is feasible. When Jacob Zuma was president, he treated the country as his wallet. After he was jailed this month, his entourage urged ordinary people to act like Zuma himself: his son Duduzane said people should loot “carefully” and “responsibly”. Both a conservative steward and a revolutionary have long-term horizons; a looter doesn’t. Now South Africa’s elite has splintered in two, with Zuma’s faction confronting the mainstream ANC — a dangerous situation that shortens everybody’s timescale.

Elites today are mobile like never before. Rich people now live in a borderless world. Contrast them with, say, the Soviet elite, which presumed it would live and die in the USSR. When elites leave their homelands, they typically go to stable countries with long-term horizons. In good times, the rich want a weak state with low tax and little regulation, but in bad times they prefer strong states. That’s why the countries with the highest influx of foreign brains per capita are Australia, Sweden, Norway, Switzerland and Canada, according to the Fund for Peace. The safe haven of the American super-rich in case the US collapses is social democratic New Zealand.

Furious resident fined $4000 for parking in own driveway

Court case to decide on alcohol sales in South Africa 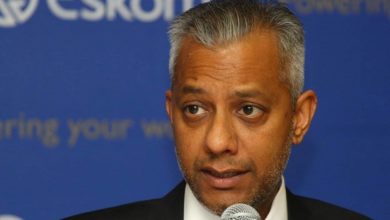