The Western Cape government wants people to stop using their vehicles and ride bicycles instead when they travel to and from work.

This, it said, was to promote the use of environmentally friendly transport to cut back on air pollution.

Western Cape Transport MEC Daylin Mitchell said: “It has always been this government’s priority to get people out of motor vehicles and onto bicycles.”

Mitchell was speaking after a day of cycling around Cape Town’s city centre to promote a cycle-to-and-from-work initiative on Wednesday.

We promote and advocate for non-motorised transport to use in the city. We are looking to decrease carbon emissions. I think bicycles are easily accessible modes of transport, especially for our communities.

According to the Quartz Africa website, South Africa was Africa’s biggest carbon emitter, with 471.6 million metric tons of carbon (MtC) emitted in 2019, up from 464.4 million MtC.

We as government should look at how we design and plan our communities, to make bicycle lanes part of our planning to promote the use of non-motorised transport.

Through the Provincial Sustainable Transport Programme (PSTP), the transport department is working with NGO Open Streets to increase public and non-motorised transport use.

“This helps to give effect to the PSTP’s citizen-centric promotion of non-motorised, environmentally friendly transport. The PSTP also assists municipalities to plan infrastructure improvements such as sidewalks, bicycle lanes, traffic calming and safe crossings to protect vulnerable road users,” it said in a statement.

The department added that it started distributing bicycles to the public in November 2020 in partnership with Qhubeka, the Pedal Power Association, and Ben Bikes.

It said this started as a project to assist communities to deliver essential services during the national state of disaster.

Up to 400 bicycles were handed over to various community-based organisations in the six Western Cape districts severely hit by Covid-19.

It added it believed in communities where the majority of the population could barely afford to use taxis, bicycles were a more efficient way to deliver essential community services.

Mitchell said the Western Cape government was busy with an integrated transport plan, which included bicycles as a mode of transport.

He added it wanted to get as many people as possible out of vehicles and onto bicycles to protect the environment.

Ben and Jen Continue L.A. Love Outings with a Walk on the Beach

Inside the coca plantations supplying the world’s biggest cocaine trade 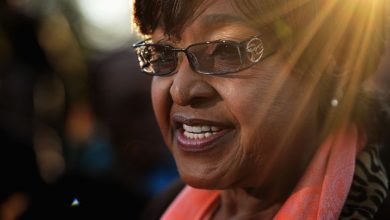 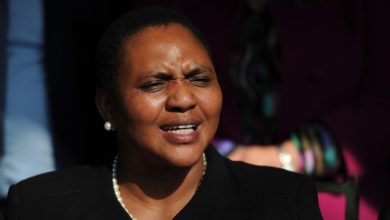