GOVERNMENT is going to decisively deal with sharks in the financial sector who are profiteering at the expense of the public, President Mnangagwa has said.

In an interview ahead of the country’s 41st Uhuru celebrations, that will be broadcast on Saturday, the President said Government knows the people who are trying to manipulate the economy for their selfish gains.

“There are sharks in the financial sector. We now know who they are. We are dealing with them,” President Mnangagwa said in a snippet of the interview that was shared by the Permanent Secretary in the Ministry of Information, Publicity and Broadcasting Services Mr Nick Mangwana on Twitter.

This year, Independence Day is being be held under the theme “Together growing our economy for a prosperous, resilient and inclusive society”.

Since the inception of the Second Republic some foreign countries have been working around the clock to rouse public anger against Government through manipulating the markets.

In their sinister agenda, they have been aided by local players in the economic sector who have recently been trying to worm their way to the Reserve Bank of Zimbabwe’s (RBZ) weekly Foreign Currency Auction Trading System.

This follows last year’s move by Government to shut down murky and clandestine channels which were fuelling the black market and other illicit financial activities, amid revelations that some foreign nations and powerful players in the mobile telecommunication sector had been trying to cause general paralysis in the country through manipulating the market and also sponsoring nongovernmental organisations, trade unions and the opposition to lead strikes.

To curb illicit financial flows, Government introduced a raft of measures that included suspending mobile money transfers except for receiving payments for goods and services as well as utility bills payments, while the Zimbabwe Stock Exchange was suspended to allow for investigations after the Government found impeccable evidence of illicit practices.

Apart from moving in to suspend some mobile money transfer platforms such as on EcoCash, which curiously held billions of dollars in less than 501 000 agent and merchant lines, the Government also put in place measures to protect the public from the illegal activities that had caused inflation and consequent price increases.

To ameliorate the public living standards, the Government also rolled out US denominated cushion allowances for civil servants, introduced cheaper public transport and kept subsidies on basics such as maize meal among a host of other interventions.

Although prices have stabilised, the economic saboteurs have now devised new ways to continue profiteering and through illicit dealings on the black market, as well as targeting the Foreign Currency Trading Systems.

In June last year, Government, basing on impeccable intelligence, revealed that phone-based mobile money systems of Zimbabwe were conspiring, with the help of the Zimbabwe Stock Exchange, either deliberately or inadvertently, in illicit activities that are sabotaging the economy.

The activities included, the illegal externalisation of foreign currency through transfer mispricing;

Acting as banks outside the purpose for which they were originally licensed, as non-banking financial institutions. This includes, in the particular case of EcoCash, holding well in excess of $8 billion distributed across just over 501 000 agent/merchant lines as at June 10, 2020, which is not under the scrutiny of the Financial Intelligence Unit;

EcoCash, in particular, is acting as the centre pivot of the galloping black market foreign exchange rate and therefore, fuelling the incessant price hikes of goods and services that are bedevilling the economy and causing untold hardship to the people of Zimbabwe.  In this regard, it has been conspiring with big merchants to act as their conduit through which they transfer hundreds of millions of dollars per day to runners on the street who then buy US dollars  on their behalf;

Rampant, often arrogant, non-compliance with directives issued by the Reserve Bank of Zimbabwe and the Financial Intelligence Unit;

Facilitating illicit trade in notes and coins, at contrived rates of between 30 percent and 50 percent, thus causing artificial shortages of the same within the banking system;

Criminally allowing agent lines that were banned by the RBZ to continue trading illegally;

Using bulk airtime sales at discounted prices which are cross rated to phantom USD exchange rates, which further distort the Zimbabwe market and deliberately mop up US dollars from the black market, thus forcing up the rate of exchange in a manner that has hitherto been difficult to explain for the monetary authorities;

Failure to report suspicious transactions or to take action against them;

Creation of illegal transient and permanent money through airtime loans, unaccounted wallet-to-bank and bank-to-wallet transactions and other malpractices;

Maintaining unauditable mobile phone lines or accounts which are being used by criminal syndicates, in connivance with insiders, to steal money from subscribers through such fraudulent practices as teeming and lading;

Acting as conduits for the circulation of counterfeit USD notes; and

Facilitating criminal activities through the non-enforcement of KYC requirements; and all the country’s three mobile money platforms, namely: EcoCash, OneMoney, Telecash and MyCash Mobile Money platforms were found complicit in the illicit activities in varying degrees. 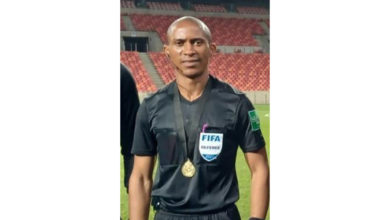 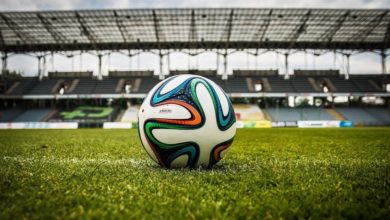