Residents of Leicester, Newcastle and Clackmannanshire face 10 days in quarantine if they head for Jersey. But almost everyone who lives in Wales and the west of England will be welcome to explore the island as soon as an initial Covid test proves negative.

The biggest Channel Island has revealed the traffic-light system that applies for visits to Jersey from Monday 26 April. It marks the first stage of reopening for the summer.

Initially Jersey is easing restrictions only for residents of those parts of the Common Travel Area – comprising the UK, the other Channel Islands, the Isle of Man and the Republic of Ireland – that officials believe pose a low risk for importing coronavirus.

Visitors aged 12 or over must complete a “Safer Travel registration form” in the 48 hours prior to arrival in Jersey, giving contact information, details of travel within the 14 days before arrival in Jersey, travel plans and dates and their address in Jersey.

People from “green” locations need only take a free PCR test on arrival, and then go to their accommodation to wait for the result.

If it is negative, then there are no further restrictions – though if they are staying for more than a few days, they must take a second free PCR test on day five and a third on day 10.

Arrivals from amber locations must self-isolate until a negative test on day five; those from red list places spend 10 days in quarantine.

Green status has been assigned to all of Wales except Newport, much of Scotland and most of England.

Most London boroughs are regarded as safe, but Barnet, Brent, Hammersmith & Fulham, Kensington & Chelsea, Tower Hamlets and Westminster move from green to amber on Monday.

Some parts of the East Midlands are amber or red, including Leicester, Nottingham and Northampton. But Rutland gets upgraded from amber to green from Monday.

Cambridge is heading in the opposite direction, being downgraded from green to amber on Monday.

Almost all of southeast England is green, with some exceptions: Luton and Slough are both red.

The only location in the west of England that is amber, not green, is Swindon.

In contrast, the West Midlands are mainly amber, as is Stoke on Trent.

Among towns and cities in northern England, Darlington, Greater Manchester, Middlesbrough, Newcastle and Preston are amber, while Barnsley, Bradford, Doncaster and Rotherham are rated red.

In Scotland, Edinburgh is green while Glasgow and much of the rest of the central belt is amber. Clackmannanshire is red.

The only locations in Northern Ireland on the green list are Lisburn & Castlereagh and Ards & North Down. Derry City & Strabane is rated red, as is all of Ireland and the Isle of Man.

No pre-departure testing is required, and as Jersey is part of the Common Travel Area there is no requirement to complete a Declaration to Travel before departure from the UK.

Nor is there any testing requirement before departure to the UK or after arrival. 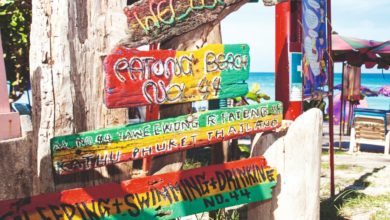