Weekenda, the company at the heart of all the Jadé Tuncdoruk (aka Jadé Tunchy) refund drama, is now giving away her original honeymoon to one of its followers in a Instagram competition.

ICYMI, Tunchy posted a now-deleted Instagram Story where she complained that Weekenda wouldn’t give her a refund for her honeymoon, which had been booked for March 2022. She was looking for a refund because she and her fiancé Lachie Brycki rescheduled their wedding.

“Six weeks out of the booking and we’ve again asked for a refund which they’ve denied. They’ve had months to refund us for a booking that we don’t need,” she wrote in the post.

“They’re taking our money just because they can. It’s just incredibly poor form and so disappointing that businesses are taking advantage of people in the middle of a pandemic.”

After Tunchy shared the post, some of her followers put pressure on the company, who ultimately gave her a refund.

However, Tunchy was called out by Insta account @celeb_spellcheck over the whole affair, because it’s clearly stated in Weekenda’s terms and conditions that they don’t offer refunds for cancelled holidays.

“Congratulations on not reading the terms and conditions, then using your followers to bully a small business into giving you a refund,” read the Celeb Spellcheck post.

“We’re almost two years into the pandemic, 99% of us have had travel plans fucked by cov*d. It sounds like it was her call to cancel, not due to lockdowns or government restrictions out of her control.”

Then, in a statement to PEDESTRIAN.TV, Weekenda claimed Tunchy was “demanding and threatening”.

“In August 2021 Jadé reached out to us requesting that we cancel her booking, citing “Covid” which we thought was odd as it was 8 months out,” Pete Smith, Weekenda’s CEO and founder told PEDESTRIAN.TV via Instagram DM.

“My staff advised that Jadé was very demanding and threatening. Her emails support this. I am advised that she decided to post on her Instagram account about this episode.”

Now, Weekenda is gifting Jadé’s original honeymoon to one of its followers, in a bit of truly next-level shade.

“Well, Jadé couldn’t make it so we’d love you and your friends to come and stay instead,” Weekenda wrote in the post.

“We’re gifting the luxury weekend stay at the Meerea Park Country Estate to a lucky follower and seven of their friends!”

According to the post, the location is a “beautiful country retreat in the stunning Hunter Valley” with a “clawfoot outdoor bath, salt water pool, four individually styled bedrooms, two baths, and manicured gardens on 271 sprawling acres”.

I won’t lie, that sounds like an incredibly relaxing getaway.

Celeb Spellcheck themselves weighed in on the competution, writing: “this is almost worth revealing my identify for, I want to go!”

Honestly, who wouldn’t give up their secret identity for an outdoor clawfoot bath?

According to Weekenda’s Insta stories, some fake account accounts have popped up impersonating the company. So, be mindful that it’s the real clawfoot-bathed deal if you do enter the giveaway.

WATCH | Beach please! Capetonians cool off in the sea as temperatures soar in Mother City

Thinking of travelling on a fake COVID test? You might think again after reading this

European Union adds the U.S. to its safe travel list 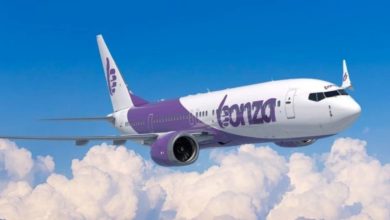 Australia is getting a new domestic airline in 2022 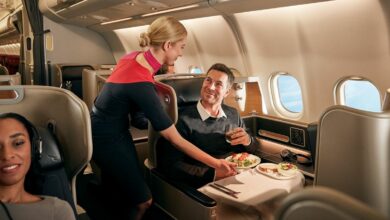 Qantas is once again pouring spirits on domestic flights