Dan B. Harris, an anchor who has served multiple roles at ABC News in the past two decades and co-anchors the weekend broadcast of “Good Morning America,”, is stepping away from the Disney-backed news operation.

He expects to leave in two months, he announced to viewers of Sunday’s broadcast.

”This was a difficult decision for me,” Harris said, noting the continuing demands of running Ten Percent Happier, an entrepreneurial media venture he has that focuses on meditation. “It’s been a lot to juggle and even though I’m a public proponent of work/life balance, if I’m honest, I’ve struggled to follow my own advice.”

ABC News has placed new emphasis on the weekend broadcast of “GMA” in recent years, adding a new hour on Saturday and gaining clearance for the program on additional stations.

Harris has been candid about how meditation helped him stave off detrimental thoughts and attitudes, even detailing how he once suffered a panic attack while in the midst of anchoring a show.

Clarence Williams III, actor in ‘The Mod Squad’ and ‘Purple Rain,’ dead at 81 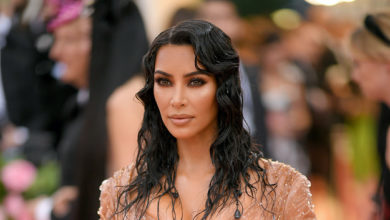 Kim Kardashian Has A Surprising Link To Bridgerton