Offices of the state capture commission of inquiry were burgled on Saturday.

As a witness by the pseudonym Frank* completed his evidence before the Zondo Commission on Thursday, he addressed the chair on wanting to dispel the impression created by other witnesses that an environment of wrongdoing was deliberately created at the State Security Agency (SSA).

“I want to put it on record that my understanding and my view of things is that we were within the prescripts of  directives as provided for in the legislation.

“I want to dispel the notion that suggests that we deliberately created an environment in which we had to mislead or be involved in wrongdoing,” Frank told the commission on Thursday afternoon. The witness, who cannot be identified, was dealing with SSA-related evidence.

The commission has previously heard, among other things, how members were instructed to withdraw SSA money and deliver it/do a drop-off.

A previous witness by the pseudonym Dorothy* testified that she delivered money to former state security minister David Mahlobo.

However, Frank said that some of the witnesses who appeared before the commission, had created an impression that things were done “willy nilly”, without prescripts, control or stipulations.

“Some witnesses were even suggesting that in our doings there were no reports; these particular witnesses are not familiar with operation guidelines.”

I don’t want anything that begins to suggest that we are here because we are guilty as said to be by witnesses. My disappointment is some witnesses that come even without evidence of things and without making reference to legislature.

He acknowledged that that there might have been areas in which they may have erred, or done things wrong, or perhaps could have done things better.

Commission chair Deputy Chief Justice Raymond Zondo acknowledged the importance of what the witness was stating on record.

“What you have said is important, I would suggest that to the extent that you believe that some witnesses have given the commission a wrong picture or inaccurate picture about the SSA and how things are done there, I would be interested in hearing your side of seeing things,” he said. 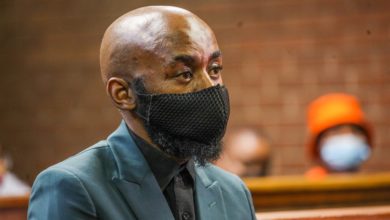