The IRBA says it had to wait for Steinhoff’s South African financial statements to be issued and on the VBS, it is allowing the former auditors time to access their audit files. (Getty)

While progress has been slow disciplining some errant auditors, the auditing watchdog says it is making progress on cases such as Steinhoff, Tongaat Hulett and EOH.

The Independent Regulatory Board for Auditors’ (IRBA) director of investigations, Jillian Bailey, told Parliament’s select committee on finance on Tuesday that the regulator had to wait for certain things to proceed with its cases.

The Steinhoff investigation needed to wait for the audited South African financial statements to be available.

“We’ve made progress. We did have a 14-month delay because while the international financials and the consolidated picture were issued pretty quickly after the scandal broke, the South African financials were not issued, and we only have jurisdiction within South Africa,” said Bailey.

She said the IRBA received all the South African financial statements it needed in February 2021.

On Tongaat Hulett, she said the IRBA is “making progress”, and on EOH, it is still busy with investigations.

Regarding the IRBA investigation on VBS Mutual Bank, Bailey said charge sheets were completed years ago. But because the people under investigation are no longer employed by the same firms, there are problems getting access to their audit files.

“With the respondents on those charge sheets no longer at the firm, they are requiring access to review their audit files, and we are still trying to accommodate them to set up access for them to have sight of the audit files,” she said.

Bailey said the law requires the IRBA to allow the charged individuals due process to go through their working papers again before they respond to the charges. Sipho Malaba and Dumi Tshuma, the two former KPMG auditors responsible for assuring VBS financial statements, resigned in April 2018. But at the time, the IRBA said it would still be able to investigate them.

The regulator issued an investigation letter to the lead audit partner responsible for the last audit opinion on the bank before its curatorship, which was Malaba. In 2019, the Irba’s investigating committee finally issued draft charges, not just to Malaba and Tshuma, but to three auditors who were responsible.

Bailey said the regulator has 237 ongoing investigations in total, affecting 6.5% of auditors registered at the IRBA. Of these matters under investigation, 31% are high-profile cases or matters involving public entities like listed companies.

But the MPs said there is growing impatience with the IRBA’s case.

He said while he understands that the regulator has been going through leadership challenges, it doesn’t seem like the regulator has done much on the VBS matter. Even in the case of Steinhoff, mindful of the outstanding financials, he still thought there could be more progress by now.

“I don’t mean to be difficult or harsh; it’s not very encouraging. That’s all I can say,” said Ryder.

Bailey said the search and seizure powers granted to the IRBA in April when President Cyril Ramaphosa signed the Auditing Profession Act Amendments into law would boost its pace.

“We were having a lot of issues on cooperation,” she said. 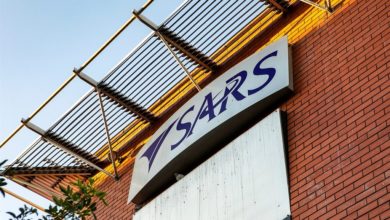 AB not in Proteas squad for West Indies, Cricket SA confirm his retirement is ‘final’

How long will you wait for a Covid-19 vaccination appointment? We answer 7 EVDS questions

‘It’s important to give this country a fighting chance’: Phase 2 of Covid-19 vaccinations starts