A truck driver was arrested and charged with driving without a permit and for reckless and negligent driving on Saturday. This, after the 40-ton truck he was driving, collided with stationary traffic.

The truck, carrying large rocks of unprocessed chrome, slammed into a van and an SUV as it barrelled down William Nicol Drive towards the Life Flora Hospital in Roodepoort.

Nicolette Nel and her husband were metres away from the truck when the accident happened.

“We were approximately 150 metres behind the truck that was travelling at a minimum speed of 90km/h down the steep hill,” Nel told News24.

Not long after, the road was filled with a cloud of dust.

“A second later, we saw a cloud of dust and truck wheels flying in all directions,” Nel added.

The truck had come to a stop with one of its double trailers lying on its side.

“As we approached the scene, we saw the van on its roof on the left-hand side [of the road], and a Volkswagen SUV on the right,” Nel explained. Both had been involved in the accident.

“Two people were seriously injured in the collision. One person was airlifted to Milpark Hospital and another rushed to the Flora Clinic,” Minnaar said.

He said this steep section of road was prone to accidents because some truck drivers didn’t abide by the law.

“There are signs on the road that says the road is only for five-ton trucks. The truck was too heavy for that section of the road,” Minnaar explained. 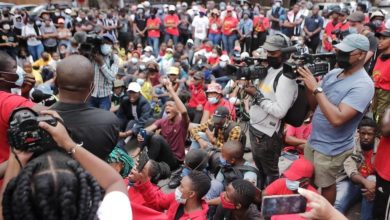 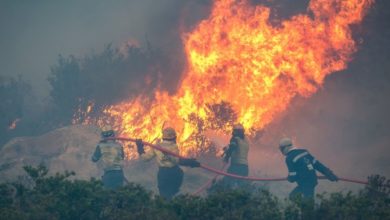 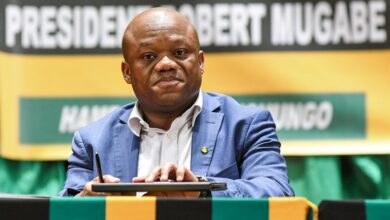 ANC concerned about implications of losing outright majority in eThekwini