A German couple has been found guilty of murdering another German national after the victim, who had sold a farm to the couple, visited to find out when the money for the sale would be transferred.

The Eastern Cape High Court in Port Elizabeth on Friday found Jens Leunberg, 42, and his girlfriend, Kristina Adler, 44, guilty of the murder of Claus Schroeder, as well as accessory to murder and fraud.

According to the National Prosecuting Authority (NPA), Leunberg and Adler first visited South Africa in May 2007 for a holiday and, a year later, visited the country on business and spousal visas, which were fraudulent.

NPA spokesperson Anelisa Ngcakani said the couple had met the victim and his wife, Tanja, in Jeffreys Bay in 2007.

“Adler and Leunberg then indicated to the Schroeders that they were interested in purchasing a farm in the Jeffreys Bay area. The Schroeders saw this as an opportunity to sell their farm, Owvanuk, near Thornhill, in the district of Hankey,” Ngcakani said.

Adler then furnished Tanja with a fraudulent bank guarantee, for the amount of R8.5 million, from the ING Bank in Germany on 13 November 2007.

“Induced by the misrepresentations, the Schroeders granted Leunberg and Adler occupation of Owvanuk Farm on 15 January 2008.”

Before murdering Claus, Leunberg and Adler committed another act of fraud while applying for a business permit for Thornhill Ubuntu Tourism Activities CC at the Department of Home Affairs on 11 April 2008.

“The department required a certificate from a chartered accountant that stated that at least R2.5 million in cash and a capital contribution of at least R500 000, originating from abroad, was available to be invested as part of the book value of the business.

“Adler and Leunberg submitted a fraudulent Deutsche Bank online printout held in the name of Adler, which indicated that, on 5 May 2008, her account had an amount of Euro 347 252.62.”

Over a year after the sale agreement was signed, Schroeder visited the farm on 14 August 2009 as he was concerned that the R8.5 million had not yet been transferred.

Ngcakani said Leunberg lured Claus to a ravine, under the pretense that his vehicle had gotten stuck. Once there, he killed him.

It is not known how Schroeder was murdered as his body was never found, but witnesses stated they saw Leunberg emerge from the bushes with blood on his clothes.

Ngcakani added that DNA evidence was also found in Leunberg’s vehicle, despite the fact that the couple had tried to wipe the vehicle down following the murder.

The German couple was arrested over a year later.

Handing down the verdict, Judge Thembekile Malusi said he was satisfied the state had proven its case beyond reasonable doubt and found Leunberg guilty of murder and two counts of fraud.

He further found Adler guilty of being an accessory to murder and two counts of fraud.

The matter has been postponed to 7, 8 and 9 April 2021 for sentencing procedures.

Vermeulen on what turned tables against All Blacks: ‘In this game, we took our opportunities’ 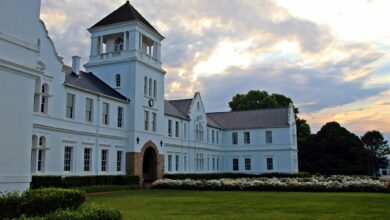