The Cape of Good Hope SPCA is investigating a case of animal cruelty after a video was posted on Twitter of two pet sitters hitting a puppy and throwing it out the door.

Cape of Good Hope SPCA chief inspector, Jaco Pieterse, said the National Council of SPCAs handed the case to them for further investigation.

“This, following CCTV footage of the abuse, which was widely circulated on social media,” Pieterse said.

In the footage, he said, it appeared that an object was used to beat the puppy and that the animal was picked up by the flesh of its neck and rump and thrown out the door. The incident was reported to have taken place on 22 March in Hermanus.

“The owner of the puppy only became aware of the incident when the CCTV footage was watched afterwards. The owner is very distraught and wants justice,” he said.

The inspectorate was in contact with the dog’s owner and is working closely with her to ensure that charges of animal cruelty are laid against the pet sitters in terms of the Animals Protection Act 71 of 1962.

“We wish to assure our supporters that the case is in good hands,” Pieterse added.

The owner, Mel Coltman, said she would comment once an affidavit had been filed.

Former president Nelson Mandela’s private secretary, Zelda la Grange, raised the alarm and posted the video on Twitter to warn others who use the sitters’ services.

La Grange told News24 that when she saw the clip on a neighbourhood WhatsApp group, she was “beyond livid”.

“I was just really upset,” she said.

In the video, which came with a warning for sensitive viewers, a man can be seen hitting the dog, which goes to lay on its cushion. He then hits the dog again. A woman in the video can be heard saying: “Truly Hector, you were outside the whole time.” The man picks up the dog up and tosses it out the door.

La Grange said her first instinct was to warn other people not to use the services of the man and woman.

She also arranged a dog therapist for the puppy in case it developed skittish behaviour that cause it to snap at people.

La Grange is also investigating a way of regularising the business of pet sitting to prevent abuse.

The man and woman advertised their services to keep pets “happy and safe” at home, offering photo updates and walks, as well as personal exercise suggestions while playing with a dog.

The phone numbers on the advertisement went to voicemail when News24 called them to try to get hold of the pair.

Their responses to questions, which were sent via WhatsApp, will be added once received. 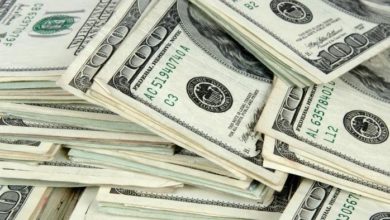