The France-based duo of Tinotenda Kadewere and Marshall Munetsi could miss the trip to Botswana in the Afcon Qualifiers on March 25 but could be available for the home encounter against Zambia four days later, ZIFA spokesperson Xolisani Gwesela has revealed.

The players were included in the travelling squad but are now likely to arrive from their European base when the rest of the team had left for Francistown.

The squad is set to fly out on Wednesday after via Jo’burg.

Speaking on the travelling arrangement for the pair, Gwesela said: “We have engaged Mozambique Football Federation, who have in principle, agreed to assist us to transport the players back to France after the qualifiers.

“MFF engaged their government which agreed to provide the private flight to Mozambique(national) players who are based in France.

“We have written to the Sports and Recreation Commission and they have forwarded our correspondence to the ministry of sport. We have been informed that the ministry is engaging the Mozambique government.

“We are making frantic efforts but the matter has not yet been finalised.

Initially, the players’ availability for the games was in doubt due to coronavirus travelling restrictions. They were cleared to fly to Zimbabwe under strict conditions like using a private jet.

Ultra-Rare Allard P4 Is A Lexus LS With British Style

EXCLUSIVE S.Africa to push for military action against Mozambique insurgents

AM-III: Now, Chinese scientists develop glass as hard as a diamond; will it be used for weapons?, Science News 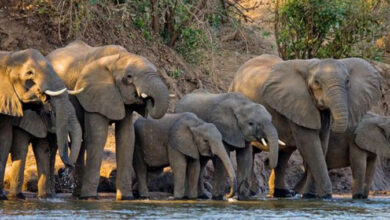 A small asteroid that hit Botswana took 23 million years to get here from the asteroid belt, astronomers found