Volkswagen has previewed the entry point to the ID range, in the form of the ID.Life concept.

The Life will slot below the ID.3 in the family when it properly launches in 2025, possibly with the ID.1 badge.

Volkswagen says its small hatch will hit 100kmh in 6.9 seconds. A 57kWh battery provides around 400km of range, and DC fast charging will be supported out of the gate.

Volkswagen has designed the Life to be a “city car with crossover character.” That means ground clearance is decent for the segment at 190mm, paired with 26° and 37° approach and departure angles, respectively.

Being developed on a bespoke EV platform, it’s also quite practical despite its tiny 4,091mm footprint, offering up to 1,285 litres of space with the rear seats folded. With them up, you’ve got 225 litres, plus an extra 108 litres under the load floor. Rear legroom should be quite good too.

Interestingly, because the wheels can be pushed right to each end, the Life’s wheelbase of 2,650mm is slightly longer than the current Golf.

Cameras replace external mirrors, as well as the rearview mirror. The concept car also has a retractable projection screen complemented by a gaming console, which almost certainly won’t be on the production model.

Personal devices can be used to operate the onboard system while music, films and games stored on the device can stream to the projection screen.

Hopefully the production version retains to interesting, boxy looks because this is probably one of the most interesting VWs of recent times.

In any case, Volkswagen is targeting a price of 20,000 euros for the production Life, which would be very cheap indeed. For comparison, the cheapest ID.3 starts at 35,460 euros.

In shadow of COVID-19, AAP stresses importance of flu vaccination for kids 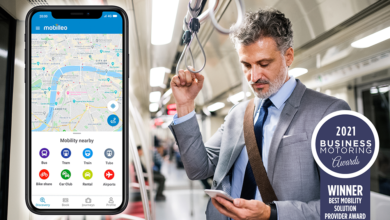