Volkswagen is on a path towards electrification, but the company’s top North American executive still loves a traditional hot hatchback.

Scott Keogh, President and CEO of Volkswagen Group of America, recently sampled a pre-production version of the 2022 Golf R.

Along with the 315 hp on offer, Keogh’s greatest excitement came from being able to shift gears manually. His post on LinkedIn made his feelings clear about the latest fast VW.

Despite having stepped out of an ID.4 electric SUV, Keogh declared that the Golf R is “the heart and soul” of the Volkswagen brand.

He added that the new performance Mk8 model acts as a reminder “that the Volkswagen enthusiast spirit is alive and well!”

To complete his LinkedIn post, Keogh included a #savethemanuals hashtag.

Apart from Canada and the United States, other markets around the world are forced to have a seven-speed version of Volkswagen’s DSG dual-clutch automatic.

Both the Golf GTI, and related Jetta GLI, are sold in the USA with a manual ‘box.

This is not the first time North America has received special treatment with manual gearboxes. BMW famously offered the V10-powered E60 version of the M5 with a six-speed manual for Stateside customers.

The rest of the world had to make do with BMW’s divisive SMG-III seven-speed automatic instead.

Sticking it to the man

Saving the manual transmission is likely to be a tough task, given Volkswagen’s march towards more electric models.

Earlier this year, Keogh took responsibility for the ill-received early April Fools’ prank about renaming the company to ‘Voltswagen’.

In comments made to Automotive News, Keogh admitted that the intent of the Voltswagen stunt was “to have a little bit of fun and get us focused on electrification.” He added that he would repeat the prank again, although he “would oversee the execution better.”

However, Keogh’s time in charge of Volkswagen North America has seen the brand rapidly expand its enthusiast fleet. If anyone can save the manual gearbox, it is likely to be him.

‘Majority’ of Bentley Bentayga Hybrid journeys are in EV mode 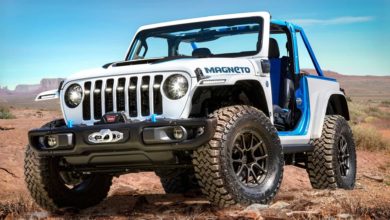