TRAVELLERS can now enjoy day trips between Chobe in Botswana and Victoria Falls after Mack Air successfully landed in Victoria Falls on Saturday, marking the start of scheduled flights between the two destinations.

Mack Air becomes the first airline to offer international scheduled flights between Victoria Falls and Kasane and is expected to provide seamless and scenic experience to tourists around the Kavango–Zambezi Transfrontier Conservation Area (KAZA) region.

It will fly past the meeting point of four countries — Zimbabwe, Zambia, Botswana and Namibia — on the Zambezi River and surrounding game parks on the KAZA region.

It is the third airline landing at Victoria Falls International Airport after Fastjet and Ethiopian Airways.

Mack Air’s Cessna Grand Caravan EX aircraft landed at 11:20am with three passengers: a South African resident and two from America who were visiting Victoria Falls for two days before they connect to Johannesburg, and departed with an equal number, together with crew and officials from the airline at noon for the 20 minute-scenic flight.

On its arrival, it was welcomed with a traditional salute and officials from the Airports Company of Zimbabwe, National Handling Services and some local tourism operators were present to witness the maiden landing.

The airline’s managing director, Mr Michael Weyl, said the introduction of scheduled flights between Victoria Falls and Kasane will not only initiate a seamless air bridge between key tourism frontiers in Zimbabwe and Botswana, but more importantly further support tourist and aviation industries in both countries.

“We at Mack Air would like to thank the Civil Aviation Authorities of Zimbabwe and Botswana and their tourism bodies,” he said. “We truly honour this memorable moment and take on this responsibility with growth and prosperity in mind and with this added link to the countries in Kaza region, working together we will bring confidence back into travel in Southern Africa.”

Mr Weyl said the effects of Covid-19 had shown those in the tourism and aviation industry the importance of building bridges and uniting.

Mack Air is the second registered international scheduled flight operator in Botswana and has a track record of about 27 years of operations within the regional safari business and is currently the largest operator of Grand Caravan EX aircraft in Africa.

It has been predominantly specialising in non-scheduled flights connecting resorts of Maun, Chobe, Okavango Delta into the whole of KAZA region and the Victoria Falls route becomes the first international scheduled flight.

The route will further enhance the attractiveness of Victoria Falls as a regional hub for Kaza and Mr Weyl says Mack Air will play an integral part in that regard as tourists have welcomed the new route with bookings increasing daily.

“The idea is to help develop tourism post Covid-19,” he said. “Today is our inaugural flight and so far as of today 1 May we have 30 confirmed and 123 provisional bookings and we are expecting a 30 percent increase.

“With a fleet of 17 aircraft, we can keep up with the demand and we are offering a completely different and affordable service, a quick 20-minute flight with no border hassles bringing ease of travel.

“We expect to carry out this route seven days a week. We’re here to promote this region and get a seamless link between the four countries. Tourism and aviation are directly linked. We need to bring confidence back to international travel.”

The route is a fly past the meeting point of the four Kaza countries on the Zambezi River and basically a tour of the Kaza region.

“The coming in of Mack Air is obviously there to bridge the gap that was there as there was no connection between Victoria Falls and Kasane,” he said. “This is the first of its kind and it’s going to enhance this destination.”

National Handling Services board chair Mr Franklin Mukarakate said: “It’s an encouragement that this is the starting point in boosting tourism in Victoria Falls. The impact of Covid-19 in the aviation industry is significant but the Mack Air flights into Victoria Falls is definitely a tourism boost and hopefully they will fly beyond Victoria Falls.” 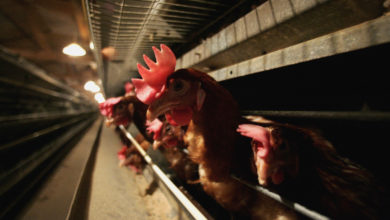 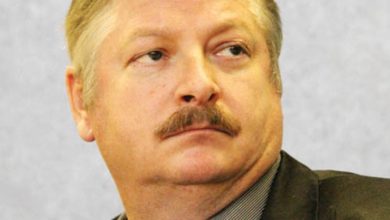