Vedanta Resources on Wednesday said it is keen to open dialogue with Zambia’s ZCCM and reiterated its commitment to investing USD 1.5 billion into operations, communities, and local economies around Konkola Copper Mines in the African nation. This comes after the mining group had said an arbitral tribunal in a partial final award ruled that ZCCM has breached dispute resolution provisions provided in Vedanta Resources’ Konkola Copper Mines (KCM) shareholder agreements.

”As Zambia embarks on an exciting new chapter in its history under the leadership of His Excellency Hakainde Hichilema, President of Zambia, Vedanta is keen to open a dialogue with ZCCM as we today re-iterate our commitment to investing $1.5 billion into the operations, communities and local economies around KCM,” Sunil Duggal, Group CEO, Vedanta said in a statement. ”Vedanta is committed to making KCM and Zambia world leaders in copper production once again and we look forward to working with the community in the Copperbelt and collaborating with the new government in any way necessary to ensure that a stable and beneficial future is achieved for all stakeholders at KCM,” he added.

KCM remains a very important asset to Vedanta and Zambia and the company is committed to ensuring the success of its operations for the benefit of its employees and surrounding communities, as well as contributing to delivering better lives for all Zambians, he said.

The investment of USD 1.5 billion in the operations at KCM ”will include $200m to pay the local suppliers of the mine in addition to the significant sums of $400m to bring in best in class ESG practices to improve health, safety, and working conditions for employees as well as the allocation of $100m for community projects”, it added.

This will aid in rejuvenating the country’s economy and will place Zambia firmly on the map as one of the world’s leading suppliers of copper, a critical mineral for the green economy, the company said. The funds will be primarily used to restore KCM by upgrading and improving its current infrastructure and design to create a more efficiently run integrated mine that operates to its full potential.

Vedanta, the world’s sixth-largest globally diversified natural resources company, has operated for over a decade in Zambia.

Vedanta and Zambia are arbitrating in London over the KCM dispute, which began when the Zambian government accused Vedanta of failing to honor license conditions, including promised investment.

Vedanta has previously denied that KCM broke the terms of its license.

”The arbitral tribunal has recently granted a partial final Award in which it has ruled that ZCCM has breached, and is in continuing breach of, the dispute resolution provisions in the shareholders’ agreement between amongst others ZCCM, Vedanta and the Government of Zambia,” the company had earlier said in a filing to the Singapore Stock Exchange.

To cure this breach, ZCCM should immediately withdraw the petition and amended petition, and the provisional liquidator should be discharged, it had added.

A Zambian court had previously stayed hearing by a state-appointed provisional liquidator for splitting up KCM and selling the assets.

The stay on KCM liquidation proceedings has been granted to allow Vedanta and the Zambian government to proceed to arbitration, Vedanta had said.

Vedanta has been locked in a dispute with the Zambian government since May 2019, when Zambia handed control of the mine to a liquidator.

Legal arguments over the case have been heard in both Zambia and South Africa.

(This story has not been edited by Devdiscourse staff and is auto-generated from a syndicated feed.) 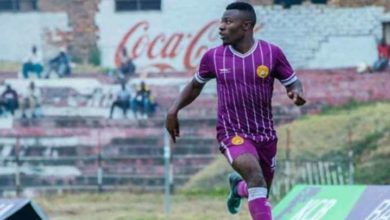