The Government is currently considering the role Covid passports could play in travel as part of its Global Travel Taskforce review. The taskforce was due to issue its findings on April 12. However, Prime Minister Boris Johnson revealed this week that he would now unveil a framework based on the taskforce’s report a week earlier, on April 5. Denis Kinane, co-founder and Chief Medical Officer at Cignpost Diagnostics Ltd, told Express.co.uk that he saw “sense” in vaccine passports, saying that people had a responsibility to ensure the safety of others.

However, he conceded that there were genuine concerns over civil liberties and urged the Government to consider a combination of vaccine passports and pre-travel Covid tests.

The immunologist, whose company carries out PCR-tests for major corporations like the BBC, said: “I think there are certain things that one has to do for the safety of others.

“You get on a plane and if you’ve got Covid, you are giving it to everybody on the plane.

“You do have a responsibility to be careful and be safe for other people and not just yourself.

“So I see some sense in a vaccine passport because it would make life simpler but I think we have got to be careful about people’s civil liberties.

“And therefore I think the vaccine passport and a testing record might get round that.”

He explained: “So therefore an anti vaxxer could have a testing record that showed they had not had Covid within the last 72 hours for example – that would allow them then to get on board.”

Critics of vaccine passports argue that they are a draconian measure and a dangerous infringement of civil liberties.

A recent paper published in the Lancent claimed that such schemes could provide a way to greater monitoring of people’s movements and health statuses.

Even if the UK does not introduce this method, it may be a requirement for other countries.

Despite concerns over civil liberties, a growing number of travel companies and airlines are insisting that passengers must have proof of a Covid vaccination, before being allowed to travel.

Virgin Voyages and Royal Caribbean have said all cruise passengers and crew will need to have had the Covid jab.

The measure has been roundly criticised by Michael O’Leary, the Ryan Air boss.

Mr O’leary told a parliamentary travel committee in early March that hotel quarantines were a PR stunt that played no role in keeping out the virus.

However, Mr Kinane defended the Prime Minister, saying the controls were necessary to stop all the hard work in reducing infection and death rates from going to waste.

He explained: “I think what the Government is trying to do is, as we appreciate, if we build all this wonderful stuff that is actually vaccinating the population, protecting our elderly, protecting our vulnerable – we don’t want it to go down the drain.

“And we saw that a little bit – there’s discussion in Scotland, in the summer months we almost got down to zero – we got down very low in terms of the ‘R’ number and then we managed to come back up and that was because of people coming back in, bringing the virus in.”

The countries on England’s red list, and their quarantine rules 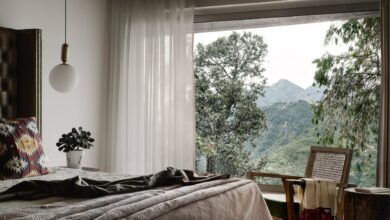 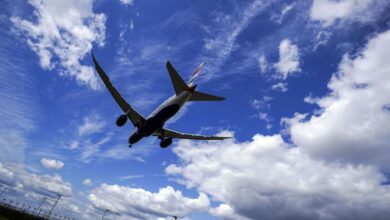 Best Luxury Hotels 2021 for Your Next International Trip