President Mnangagwa is today expected to launch the second stage of the first phase of the Covid-19 vaccination programme in the scenic city of Victoria Falls.

The President is expected to take his vaccination at the event.

Stage 2 of the Phase 1 vaccine roll-out started last week and is targeting the clergy; teachers; the judiciary; the security services and people with chronic conditions and the elderly (60 years and above).

“His Excellency the President will launch Stage 2 of the vaccination roll-out programme in Victoria Falls tomorrow (today), Wednesday, March 24, 2021. The political principals will also participate in the launch where multiple stakeholders will also take part in the country’s youngest city,” she said.

Minister Mutsvangwa said most of the first group of people who were vaccinated in Stage 1 have already received their second dose of the Sinopharm vaccine.

As of yesterday, 44 135 people had been vaccinated. This picture shows the large turnout of people to get their Sinopharm jab at Wilkins Hospital in Harare yesterday.

Minister Mutsvangwa said Government was satisfied with the decline in infections but would take precautions ahead of an expected increase in traffic during the Easter holidays.

“As the nation approaches the Easter holidays, Cabinet notes that there is a likelihood of increased internal and cross-border movement of people, which may provide fertile ground for increased transmission.

“In that regard, the Ministry of Health and Child Care is strengthening surveillance, case management, and risk communication and community engagement in anticipation of the Easter holidays. Special attention will be accorded to ports of entry and exit,” she said.

An increase in human traffic during the festive season last year was cited as one of the major causes of the spike in infections when the second wave hit the country in December and January. Today, President Mnangagwa is expected to take his Covid-19 vaccination jab in Victoria Falls at an event that marks the launch of the second stage of the national vaccination programme. — Pictures: Tawanda Mudimu.

In an interview yesterday with Zimpapers Television Network (ZTN), Presidential spokesperson Mr George Charamba said all was set for the launch.

“The President will be in Victoria Falls tomorrow (today) alongside leaders of political parties. You will recall that some two or so days ago the President, through the Minister of Health who is also Vice President invited leaders of political parties to join him as he gets his first vaccination as a gesture of leadership and encouragement to the general public to come forward for vaccination as part of our response to the Covid-19 pandemic,” he said.

Mr Charamba said the President decided to have the launch in Victoria Falls for three reasons, two of which are personal and sentimental and one of which is national.

Mr Charamba said this arises from the fact that the country’s recovery programme stands on three pillars which are mining, agriculture and tourism, all being low hanging fruits.

“So really those are the three reasons that got the President to want to have his jab in Victoria Falls. But you are aware that it also has an international bourse so really it is critical for us to make Victoria Falls re-emerge from the pandemic as a safe international destination both from a tourism point of view as well as from the point of view of general economics.”

On the invitation of leaders of political parties, Mr Charamba said the President had graciously agreed to airlift at least a party leader and their spouse and maybe one official to symbolise that all parties are rallying behind the national response to the Covid-19 pandemic.

“And this was an open invitation, we did not write to any one political leader, we just made a public appeal the same way we made a similar appeal to church leaders.”

“We are expecting the President to arrive here tomorrow (today) together with other leaders across the political divide and religious leaders.

“President Mnangagwa and other political players and religious leaders will be vaccinated today here.”

Meanwhile, Cabinet has approved the re-opening of driving schools, the Traffic Safety Council of Zimbabwe and the Vehicle Inspection Department to resume operations under strict adherence to approved standard procedures and World Health Organisation guidelines for the prevention of transmission of Covid-19.

The request for the re-opening of casinos is still under consideration and Government, in conjunction with the players, is working on modalities for safe resumption of activities in that sector. 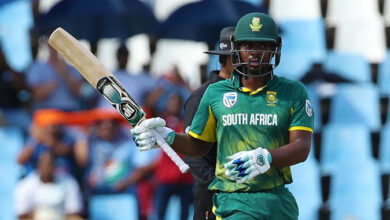