More than 550,000 Americans have died from the coronavirus epidemic, according to Johns Hopkins University data late Monday, claiming the lives of 1 in every 600 residents.

Amid the grim milestone, more than a dozen states will open vaccine eligibility to all adults this week in a major expansion of COVID-19 shots for tens of millions of Americans. According to Biden, vaccine distribution will increase to a new high of 33 million this week.

It also comes amid a worrisome increase in virus cases and concerns about balancing supply and demand for the vaccines.

“Just please hold on a little while longer,” Centers for Disease Control and Prevention director Dr. Rochelle Walensky said during a White House briefing. Several Northeastern states and Michigan have seen the biggest increases, with some reporting hundreds or thousands more new cases per day than they were two weeks ago.

Walensky added that daily infections are up 10% from a week ago. Hospitalizations are once again on the rise, she said, and deaths, a lagging indicator, averaged nearly 1,000 per day last week after four consecutive days below 850.

Also in the news:

►All Coloradans will become eligible for a COVID-19 vaccine starting Friday, weeks earlier than previously announced.

►Burbio, which monitors 1,200 school districts including the largest 200 in the country, reported Monday that more than half of states have welcomed back students for in-person learning at more than 70% of their schools.

►Weddings on Oahu in Hawaii can be held outside with a maximum of 100 people after an easing of public health orders related to the coronavirus pandemic.

►Moderna said Monday that it has shipped the 100-millionth dose of its COVID-19 vaccine to the federal government. More than 67 million doses of its vaccine have been administered in the U.S., according to the CDC.

►The Moderna and Pfizer vaccines are highly effective against COVID in a real-life setting even with only one shot, a CDC study finds. The vaccines reduce the risk of infection by 80% from a single dose two or more weeks after vaccination, and 90% following a second dose, according to a CDC study released Monday.

📈 Today’s numbers: The U.S. has over 30.33 million confirmed coronavirus cases and more than 550,000 deaths, according to Johns Hopkins University data. The global totals: 127.5 million cases and 2.79 million deaths. More than 180.64 million vaccine doses have been distributed in the U.S. and 145.8 million have been administered, according to the CDC.

📘 What we’re reading: As a growing number of states have removed eligibility requirements for getting vaccinated, it’s become less clear why some act faster than others. Read more here.

USA TODAY is tracking COVID-19 news. Keep refreshing this page for the latest updates. Want more? Sign up for our Coronavirus Watch newsletter for updates to your inbox and join our Facebook group.

California has the second-lowest rate of COVID-19 spread

California reported the second-lowest rate of COVID-19 spread compared to other states in the week ending Sunday, but a top United States public health official on Monday described a “recurring feeling I have of impending doom” as infections once again are on the rise across the nation.

California ranked 49th among the states where coronavirus was spreading the fastest on a per-person basis, a USA TODAY Network analysis of Johns Hopkins University data shows. Across the country, 34 states had more cases in the latest week than they did in the week before. The U.S. has surpassed 30 million coronavirus cases.

There was some good news on the vaccine front: The double-shot vaccines sweeping across the nation reduce the risk of infection by 80% after just a single dose two or more weeks after vaccination, according to a study from the Centers for Disease Control and Prevention.

California ranked 24th among states in share of people receiving at least one shot, with 29.3% of its residents at least partially vaccinated. The national rate is 28.2%, a USA TODAY analysis of CDC data shows.

President Joe Biden said Monday that 90% of American adults will be eligible for COVID-19 vaccines by April 19, and vaccination sites would be within five miles of an individual’s home.

Biden’s new timeline beats his previous May 1 goal for nationwide eligibility by nearly two weeks. The remaining 10% of the population would be eligible by that time, he said.

The Biden administration is racing against the spread of virus variants that may fuel another surge in cases, especially with states loosening restrictions that helped limit transmission but also hurt the economy.

Biden urged governors who have lifted mask mandates to reinstate them, and he warned Americans that the battle against the virus is not over and could actually reverse course, so they need to remain vigilant and adhere to safety measures.

“If we let our guard down now,” he said, “We could see a virus getting worse, not better.” 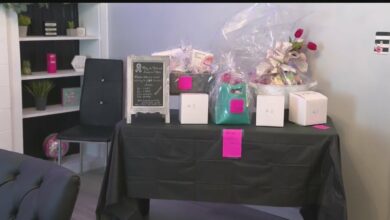 As US west braces for omicron surge, leaders take a hands-off approach | US news