The US has offered Egypt assistance in unblocking the Suez Canal, as the head of the world’s largest shipping company warned that businesses reliant on just in time supply chains will have to resort to flying in essential components.

The warning from Soren Skou, chief executive of AP Moller-Maersk, adds to growing concern that the disruption to global trade will soon start having an impact on already stretched manufacturing industries from cars to plastics, after attempts to free the giant container ship Ever Given failed again on Friday.

“For goods urgently needed, then they will have to be reproduced and air freighted,” Skou told the Financial Times. “Ships that are there are going to have to wait there.”

The White House said on Friday the US was in discussions with Egypt over how the US could “best support” efforts to reopen the canal.

Shipping companies have also raised fears that the billions of dollars worth of goods stuck waiting to transit the canal are vulnerable, with a number contacting the US Navy about the elevated threat of piracy.

Skou said the blockage would trigger a series of further disruptions and backlogs in global shipping that could take months to unravel, even if the growing crisis over the canal could be resolved.

Ana Boata, head of macroeconomic research at trade credit insurer Euler Hermes, said the disruption had “the potential to cost the world economy up to $10bn in lost trade for each day that the Ever Given blocks the canal”.

Bernhard Schulte Shipmanagement (BSM), the technical manager of the container ship, said the latest efforts to refloat the 400m-long vessel had failed.

Alongside specialists dredgers that are working to remove sand and soil from around the vessel, salvage experts Smit are looking to bring in high-powered pumping equipment to remove ballast water from the front and back of the ship, BSM said.

As the canal closure has dragged on since Monday more than 200 ships have anchored near Suez, a chokepoint through which about 12 per cent of global trade flows, with 137 more set to join them within five days, according to Refinitiv.

Shipping companies have begun rerouting vessels around South Africa’s Cape of Good Hope to avoid the long wait, even though it adds at least seven days to average journey times between Asia and Europe.

Several Asian carmakers rely on the route to transport parts bound for European factories, raising the possibility of plant stoppages across the UK and Europe in an extended blockage.

Nissan, which said it was “assessing the impact on our operations”, confirmed it used the Suez Canal for all of its ocean shipments to Europe from Asia. Honda also said it was monitoring the situation.

Because of the sheer number of parts they use, carmakers hold very little stock, instead relying on “just in time” delivery. Delays at sea often see carmakers turn to expensive air freighting of parts as an emergency measure.

Security concerns have also been heightened at the prospect of diverted ships travelling through high-risk waters off east Africa.

The US Navy told the Financial Times there had not yet been an impact on naval operations in the region, but companies were concerned that if the blockage continued, their vessels could face risks.

While east Africa has long been known for piracy, there has been a surge in kidnappings at sea and other maritime crimes in west Africa in recent months.

Vessels travelling around the Cape of Good Hope face additional costs for fuel, security and insurance but those could be roughly equal to the $500,000 fee to pass through the Suez Canal.

Shipowners say the issue is less about cost and more about ensuring goods arrive where they need to, at a time when supply chains from automotive to medicines are under enormous strain due to the coronavirus pandemic. The route is also critical for oil, gas and high-demand food commodities such as coffee.

The Suez Canal in numbers

Bulk carriers account for almost 30% of traffic, container ships 25% and tankers for 15% of transits

Rolf Habben Jansen, chief executive of Hapag-Lloyd, the world’s fifth-largest container carrier, said three vessels in its alliance with other shipping companies had been diverted.

The Ever Greet, sister ship to the Ever Given, has also changed course. The Mediterranean Shipping Company, the world’s second largest shipping group, has diverted 11 container ships around the Cape of Good Hope, while two of its vessels have been ordered to turn back and discharge cargo at ports not far from the Suez Canal.

“Nothing can be done” about the goods stranded on ships waiting to enter the Suez Canal until the vessel that run aground was refloated, added Jansen, arguing that unloading them at alternative ports to move by air or rail was impractical.

Larger tugboats will be sent to the spot where Ever Given is aground to reattempt on Monday efforts to refloat the 220,000-ton container ship, said Skou. Maersk owns Svitzer, a towage company helping with the rescue operation.

Freeing the Ever Given is proving a formidable technical challenge that has been complicated by poor weather. Nippon Salvage, which is part of the rescue effort, declined to comment.

Jansen predicted it would “at least take a few weeks” for congestion at the Suez Canal to ease even if the ship is refloated soon.

The UK P&I Club, a mutual insurer owned by shipowners, said it provided cover to the Ever Given “for certain third-party liabilities that might arise from an incident such as this — including, for example, damage caused to infrastructure or claims for obstruction”. The vessel itself and its cargo will have been insured separately, it said.

An official at Shoei Kisen Kaisha, the Japanese owner of the Ever Given, said the situation remained “extremely difficult”. The company added that the ship’s hull and machinery cover was provided by Tokyo-based MS&AD Insurance Group. This type of insurance covers the salvage costs, according to insurance experts. MS&AD declined to comment.

Dromornithids had weirdly shaped heads that gave them bizarre brains

PPG Has Received All Necessary Regulatory Approvals for Acquisition of Tikkurila 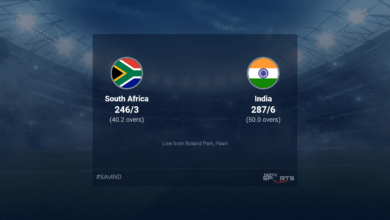