A severe shortage of truck drivers in the US has led to more companies bringing in drivers from abroad, with South Africa seen as a key market.

Anda Malescu, the managing partner at Miami-based Malescu Law, told the Financial Times that companies are growing increasingly desperate due to a lack of workers.

Malescu said her firm is helping trucking companies to source drivers from ket markets such as Mexico, Canada and South Africa – despite strict travel restrictions and quotas on visas.

In addition, companies such as Walmart are offering an $8,000 (R117,00) signing bonus for some drivers, while British retailer John Lewis announced plans to raise driver salaries by up to £5,000 (R100,000) a year as the UK also faces shortages.

In 2019, the US was already short 60,000 drivers, according to the American Trucking Association. According to Bob Costello, the group’s chief economist, that number is anticipated to grow to 100,000 by 2023.

The US has been grappling with a chronic lack of drivers for years, but the shortage has reached crisis levels because of the pandemic, which simultaneously sent demand for shipped goods soaring while also seeing a surge in early retirements.

Bringing in more foreign workers introduces a number of hurdles including visa limits and complicated immigration rules. However, trucking advocates see an opening now to overcome some of those obstacles after the Biden administration created a task force to address the supply chain problems impeding the economic recovery.

Not a new phenomenon

Arnoux Mare, chief executive of Innovative Solutions Group, told RSG that this was not a new trend and that South Africans have been in demand for several years.

Mare’s company specialises in outsourcing work functions including hiring logistics and drivers for companies and he has also employed local drivers to drive for international companies.

He added that the trend was not limited to the US, with South Africans also sought after in Europe in countries such as England.

While Mare could not give an exact figure on how many truck drivers are in demand, he said that there was a clear shortage and demand.

He added that these drivers would still be required to do their licences and learn the various road rules, so South Africans should not expect to start working straight away.

He further cautioned that immigration to the US is in high demand from other countries, so South Africans should be cautious of just quitting their jobs here and moving over without having a plan in place.

He added that drivers should also be cautious of companies promising ‘R1 million a year’ as these stories can often be too good to be true. This is not necessarily a normal salary or what one would actually earn.

Data sourced from the salary website Indeed shows that the average annual base salary for a truck driver in the US is $67,256 – almost exactly R1 million.

This is obviously highly dependent on the qualifications and experience of the driver, with drivers earning substantially more depending on the company they work for and the number of years they have driven.

This aligns closely with comparative salary data from salary website Talent, with an average annual base salary of $67,600 (R1,005,833). 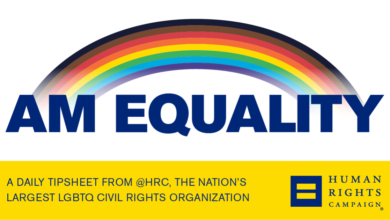 Complex regulations are a hurdle for new entrants in fuel retailing