Health Minister Zweli Mkhize’s son, Dedani, says none of the money exchanged between him and Digital Vibes owner, Tahera Mather, has been connected to the controversial contract with the Department of Health.

“It is unfortunate to find myself entangled in a saga I know nothing of. It is highly presumptuous to inadvertently suppose that any past financial exchanges with Tahera Mather have a bearing on the contract in question.

“I have not benefitted a cent from the Digital Vibes contract with the Department of Health and, to state this as a fact, are scurrilous assumptions. To assume that past financial exchanges mean I benefit in her business dealings (by virtue of being her friend) seems to be a desperate attempt to sensationalise matters,” he said.

This comes after he and his father were referred to the National Prosecuting Authority (NPA) for possible corruption charges flowing out of dubious payments they received from Digital Vibes.

In court papers, the SIU revealed that Mkhize received R 6 720 from Digital Vibes, allegedly to pay for maintenance at a property in Bryanston.

Dedani is said to have received R3.8 million from Digital Vibes.

The SIU listed 20 people, who received around R90 million from the R150 million Digital Vibes contract.

Dedani denied having received R3.8 million and said that he, from the outset, voluntarily approached the SIU to assist with the investigation.

“I also informed them of an affidavit I had already deposed, dealing with the allegations that had been made in the media. In that same affidavit, I made an offer that, if it is proven that I may have unknowingly benefitted from an individual who had received funds unlawfully from the state, I would be willing to pay such monies back.

“The SIU acknowledged receipt of my attorney’s correspondence and affidavit. I have never received word or engagement from the SIU since that correspondence,” he said.

In her founding affidavit, the SIU’s lead investigator, Rajendra Chunilall, said there was no justification for the retention of the amounts.

“It is just and equitable to hold the parties concerned liable jointly and severally with Digital Vibes and the second to fourth respondents to repay them. The applicant (the SIU) consequently seeks an order directing each of these parties to repay the funds unjustifiably received by them from the national health department,” she said.

The second to fourth respondents are Mather, Naadhira Mitha and Radha Hariram.

In respect of Mkhize’s referral to the NPA, Chunilall said: “The SIU’s investigations have revealed evidence that the impugned transactions took place in circumstances constituting the commission of offences in terms of, inter alia, section 3 read with sections 24, and 26 of the Prevention and Combatting of Corrupt Activities Act committed by inter alia, the fifth (Mkhize) and sixth (Mkhize’s son, Dedani) respondents. The evidence has been referred to the NPA,” she said.

Mkhize is on special leave, pending the finalisation of the investigation into the Digital Vibes tender saga at the department.

Dedani said while he has always been proud of his father, the very same honour has added a burden on all his children.

“The public scrutiny has not been easy on any of us, as his children. We have all tried to completely remove ourselves from any activity that has to do with the state. We have lived private lives and disassociated ourselves with my father’s political life and career,” he said.

The department initially contracted Digital Vibes for the National Health Insurance (NHI) campaign in 2019, for a R150 million communications contract. The work was expanded to include communications on Covid-19.

The controversial communications firm scored a cool R35 million before the department approved its work.

Using the evidence obtained during its investigation, the SIU said the money paid to Digital Vibes should be recuperated for the following reasons:

– The SIU found that there was no procurement or contractual basis at all for the majority of the payments made to Digital Vibes;

– Digital Vibes received these payments on the basis of fraudulent misrepresentations made in its bid documents;

– The procurement process was fraudulently manipulated by officials in the national Department of Health to ensure the appointment of Digitals Vibes;

– Evidence obtained indicates that the department received little or no value for money in respect of services provided by Digital Vibes; and that

– Digital Vibes failed to provide supplier invoices and supporting documentation in respect of payments it had made.

The SIU contended that the money paid to Digital Vibes was unlawfully received and was a flagrant abuse of public resources.

According to the court documents, Mather and Mitha were the true beneficiaries of the money received by Digital Vibes as they orchestrated the entire plan, with the help of Mkhize and officials at the health department.

The SIU found that Digital Vibes was registered by a manager of a petrol station in Stanger, but that this was just a means to obscure the central role of Mather in the tender.

News24 had previously reported that Mather and Mitha had worked with Mkhize, when he was still the Minister of Cooperative Governance and Traditional Affairs.

They both joined him when he was moved to the health ministry.

While already working for the ministry, there were also official attempts at appointing Mather in 2019, which the SIU said was irregular.

It appears that Mkhize had also played a role in the appointment of Digital Vibes as he was alleged to have put pressure on the then health director-general Malebona Matsoso to approve the tender for the communications company, which had little to no experience.

The SIU added that it constituted an interference by executive authority in the affairs of the administrative authority of the department.

Digital Vibes purchased a second-hand bakkie for Health Minister Zweli Mkhize’s son around the same time the Department of Health transferred about R50 million to the company, according to a report. | @Lwandi_N https://t.co/nloDbiqMh8

Furthermore, the tender process also appeared to have been manipulated to favour Digital Vibes.

According to the court papers, Mather was aware of the tender before its publication to the closed list of 10 suppliers, of which Digital Vibes was one of the companies.

Of the 10 companies, most were not in communications, and only one other company made a bid, with a quote of R69 million, which was R72 million less than what Digital Vibes quoted.

The Technical Evaluation Committee documents were then alleged to have been manipulated to ensure that the other company was no longer in the running for the tender.

In June, the SIU was granted an order to freeze R22 million in bank accounts linked to Digital Vibes, which was awarded a multimillion-rand contract by the Department of Health.

In relation to Covid-19 work, Digital Vibes received requests for work from the department before its contract expanded to include Covid-19 work.

Requests resulted in a financial commitment of approximately R35 million that the department ended up paying after the expansion was approved. 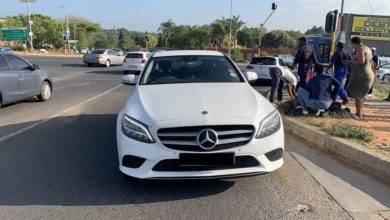 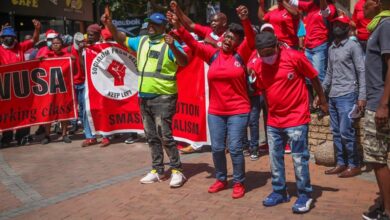 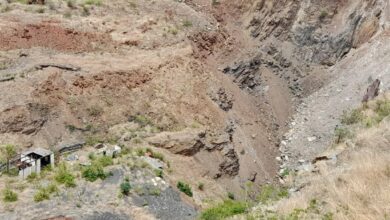 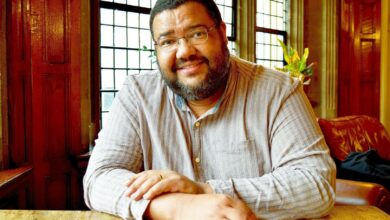 Whistleblower Athol Williams: ‘I’m in danger and I don’t know where it will come from’