With the dust now apparently settled on the most widespread and violent period of intense unrest in South Africa’s post-democratic history, businesses are looking to rebuild and investors are assessing their options. As they do so, one thing that should be abundantly clear is that a “business as usual” approach won’t work.

Forget the motives of those who instigated the violence and looting for a moment. Instead, remember that they were able to tap into the deep-seated anger of the country’s poorest people. While opportunistic middle-class looters make for great headlines, there’s little doubt that they were in the minority. Fuelled by the economic devastation of Covid-19, South Africa’s unemployment rate is at an all time high of 32.60%. The country also remains one of the most unequal countries on the planet, a situation that has long been described as a ticking time bomb.

As such, any rebuilding efforts shouldn’t look to entrench the status quo. Policymakers, entrepreneurs, and investors alike should all look for new ways of doing things that benefit the majority of South Africans.

For policymakers, a good place to start would be to make life easier for entrepreneurs. According to the World Bank, South Africa ranks 84th in ease of doing business. That puts it behind countries such as Albania, Mongolia, and Kyrgyz Republic. With due respect to those countries, it’s not the kind of company Africa’s most industrialised economy should be keeping. It also takes an average of 40 days to start a business in South Africa. By comparison, it takes a single day in New Zealand, which unsurprisingly ranks first in the ease of doing business index.

While there’s no doubt that the excesses of big corporations need to be curbed through regulation, there’s clearly a lot of red tape that South Africa needs to cut in order to foster entrepreneurship. The country has shown that it’s capable of producing startups that can scale and compete internationally. Imagine how many more it could produce if conditions were made a little easier.

We also know that new jobs are created by SMEs and not big corporations. Government support for SMEs and the implementation of conducive policies for businesses must, therefore, be a priority.

It’s not just regulation directly related to entrepreneurship that needs to be reformed either. For example, the power outages caused by years of mismanagement at Eskom haven’t only hampered the ability of existing businesses to operate, but have harmed the country’s investment potential. While the increase of the embedded generation threshold to 100MW is a positive step, it’s just one of many small steps that the government could take to make economic growth and job creation easier.

Read: Is this Ramaphosa’s most decisive economic decision since taking office?

Another important step is to fix education. We need to think differently about how we get the youth into the workforce and provide them with the skills they need to compete in the contemporary global economy. Fixing education will take time, but it’s well worth the effort in the long run.

At the same time, businesses and investors have to reconsider how they operate in South Africa. Over the past year or so, the country has experienced trade surpluses, thanks to bumper crops in the agricultural sector and a commodities boom. But these sectors can only create so many jobs. Most of the money from these sectors also comes from the export of raw products and materials. If South Africa were to refine its natural resources, it would create products with higher value and bring more jobs into the country.

Those businesses that do exist in the secondary and tertiary sectors should also ensure that they do everything they can to ensure their businesses operate sustainably and support the communities around them. The United Nations’ Sustainable Development Goals (SDGs) are a good place to start on this front.

Adopted in 2015, the SDGs are a universal call to action to end poverty, protect the planet, and ensure that by 2030 all people enjoy peace and prosperity. When it comes to achieving those goals, the UN calls on businesses to play their part too.

While there are those in the business world who’ll argue that taking an SDG-focused approach presents unnecessary obstacles, we believe that it can provide stronger businesses, economies and societies. Businesses can only gain by better serving and supporting the communities they operate in and by taking a long term view informed by sustainability.

Investors, meanwhile, should look beyond opportunities for short-term gain and focus on companies with long-term viability that operate sustainably. While they may be cautious for the moment, it’s important to realise that there are major opportunities to be found, especially among the companies that service the communities most adversely impacted by the looting.

Positive change can (and must) happen

With or without the support of the government, there can be no doubt that South Africa’s recent unrest represents an imperative for change. By embracing that change, it’s possible to build back better and more inclusively.

Without it, some may just try to maintain the status quo and put a lid on some of the factors that led to the violence in the first place. At best that’s a temporary fix. That’s true even in developed economies. In 2011, areas of London were rocked by riots that caused hundreds of millions of pounds worth of damage. Today, people are warning that conditions are again ripe for rioting. In South Africa, it’s highly unlikely that it’ll take that long.

Ultimately, the only way to change the status quo is through jobs. That doesn’t just result in the upliftment of those who are employed, but also those they support and the money velocity added to the economy that becomes the fuel for growth.

We must act now and act decisively. 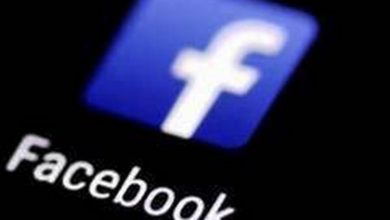 Facebook and WHO Africa launching new campaign against Covid-19 Misinformation 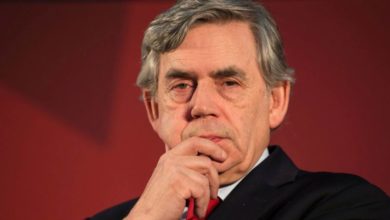