Under-fire Eastern Cape health spokesperson Sizwe Kupelo has reported his supervisor to the Public Protector, accusing him of favouritism, fraud, nepotism and maladministration.

Kupelo wrote a letter to advocate Busisiwe Mkhwebane, which was submitted on Tuesday, mere days after his boss, Siyanda Manana, served him with a notice of disciplinary action over an alleged fake matric certificate.

Kupelo, who was given until Wednesday to explain why he should not be charged with fraud, dismissed the allegation as part of a smear campaign by Manana to tarnish his good reputation.

Office of the Public Protector spokesperson Oupa Segalwe confirmed receipt of his letter.

The Public Protector’s Bhisho office received the complaint in question [on Tuesday]. It is now the subject of a standard assessment process during which we seek to establish jurisdiction and merit. Once this process has been seen through, a decision on whether to investigate or not will be taken.

In the letter, Kupelo claimed Manana scored the job in 2007 as a result of nepotism due to his close proximity to the then-former health MEC.

He also alleged Manana’s half-brother had served as the then-MEC’s chief of staff, but later left due to ill health.

He claimed Manana was appointed despite him not possessing any communications qualifications as stipulated in the requirements for the position.

According to Kupelo, when Manana’s contract lapsed and the position was advertised, he was shortlisted and went for interviews together with five other candidates.

Despite having been in the position for five years, he demonstrated a total lack of understanding of the job and reportedly scored the lowest of all candidates interviewed, he alleged.

The panel did not recommend Manana for the job but instead recommended three other candidates to the new health MEC.

It remains a mystery as to how the former MEC ignored the panel’s recommendations and went ahead to appoint Mr Manana who was number last.

Kupelo said Manana’s poor performance and inability to write speeches for the MEC resulted in the department irregularly creating another director’s position for speech writing on a renewable one-year contract – outside of the department’s approved organogram.

He claimed Manana had fraudulently colluded with an official working as a deputy director in the bursary section of the department and awarded himself a bursary to study towards an LLB degree at the University of Fort Hare.

Manana studied for the degree at the university’s Bhisho campus on a full-time basis and completed the four-year programme, Kupelo charged, saying the bursary and study leave had not been approved.

In the letter to Mkhwebane, Kupelo said during those four years, Manana continued to draw his annual R900 000 to R1 million salary from the department, thus committing fraud.

His superiors were aware of this but he was somehow allowed to continue until he acquired his degree after four years, according to Kupelo.

He said Manana’s superior would raise her frustration about his inability to produce work as well as his absence, but did nothing to stop it.

“This was tantamount to favouritism, maladministration and collusion.”

Kupelo added every senior official, including the Office of the Superintendent-General, was aware of this but failed to act, costing the department money and depriving deserving officials an opportunity to study further.

According to the letter, while Manana studied with an allegedly fraudulently acquired bursary, the department turned down hundreds of study leave application requests from nurses and pharmacists across the province who wanted to pursue their MBCHB.

Had they been granted this, Kupelo argued, it would have been a good investment by the department given the severe shortage of doctors at health facilities.

“Shockingly, the reason for the decline of study leave for the nurses was that the department could not invest over R1 million on one individual over a period of more than two years. This is despite the department paying for a senior manager to pursue his LLB.”

Manana told News24 he welcomed the letter to the Public Protector, saying he had nothing to hide.

“I will not comment further on this matter except to say that the Public Protector’s office must do its investigation.”

Springboks scrap, kick and claw their way to agonising All Black defeat 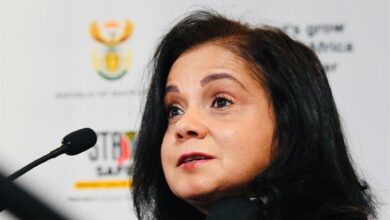 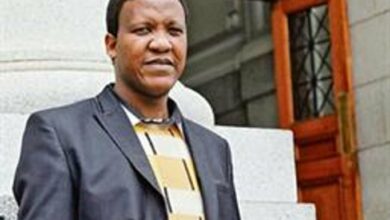