Dr Waldheim is in Salisbury for the independence celebrations. The congratulatory letter was delivered to Mr Mugabe after Zimbabwe became independent from Britain.

The secretary-general wrote: “I look forward to welcome the Republic of Zimbabwe into the United Nations when it too, can make its full contribution to the cause of international peace and harmony based on the principles of equity and justice.”

He assured Mr Mugabe “of the full support and co-operation of the United Nations family of organisations in the challenging tasks of reconstruction and development.”

He told Mr Mugabe he wanted to express his appreciation to all who contributed to bringing about a “peaceful transition to independence.”

“That Zimbabwe is attaining independence through peaceful and constitutional processes under a Government, which has a clear support of the majority, offers a sound basis for the future well-being of your country and its people.

“I feel sure that a free, prosperous and united Zimbabwe will contribute greatly to the strengthening of peace, co-operation and progress in Southern Africa.”

Dr Waldheim expressed satisfaction at witnessing “this historic moment, which marks a great step towards one of the principal goals of the United Nations — the exercise of the right to self-determination and independence by all colonial peoples.

When the Smith regime declared Unilateral Declaration of Independence in 1965, the United Nations considered this declaration to be illegal and imposed sanctions on Southern Rhodesia. From 1965 up to 1980, Rhodesia was a pariah state.

With the attainment of Independence in 1980, Zimbabwe became a member of the United Nations on August 25 1980.

The UN in Zimbabwe comprises 25 entities which are signatory to the 2016-2021 Zimbabwe United Nations Development Assistance Framework (ZUNDAF). (https://zimbabwe.un.org)

In the past four decades, Zimbabwe has been championing reforms within the world body and the United Nations Security Council, to ensure that the interests of smaller nations are catered for, and that they are part of the key decision makers with veto power in the UNSC.

Shots Fired On Set Of ABC’s ‘The Rookie’, Police On Scene – Deadline 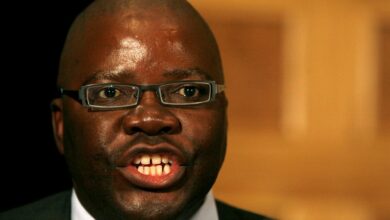