The UK government introduced a new points-based immigration system from 1 January 2021 as part of its Brexit breakaway from the European Union.

The system brought both EU and non-EU nationals under a singular immigration regime, which effectively levelled the playing fields for South Africans wanting to emigrate to the UK.

“The headline changes to the existing scheme were the removal of the often burdensome and time-consuming resident labour market test, although a genuine vacancy must still exist, and the suspension of the monthly limit on eligible applicants.

“As a result, employers should experience much quicker end-to-end processing, saving as much as eight weeks in some cases,” he said.

Faife said that the minimum skills threshold was also reduced from the previous NQF Level 6 (graduate level), to NQF Level 3 (A-level standard), opening the scheme to a broader number of occupations.

To reflect the lower entry requirement, the minimum salary level has been reduced from £30,000 to £25,600 or the going rate for the job, whichever is higher. The English language requirement does, however, still apply.

To qualify as a ‘skilled worker, applicants must obtain a total of 70 points.

A core 50 points will be earned from a job offer at a certain skill level from a licenced sponsor, with the applicant being able to show evidence of their English Language ability.

An additional 20 points may be obtained via a “mix and match/tradeable” process, largely dependent on the salary rate offered, but also encompassing roles that are recognised as being a shortage occupation and those jobs requiring a relevant PhD-level qualification, said Faife.

On 1 July 2021, a new Graduate route was launched to allow international students to extend their stay in the UK following the completion of their studies.

This scheme mirrors the previous Post Study Work Visa that was abolished in 2012, allowing recent graduates to take employment at any skill level, with the ability to later switch into a sponsored work route.

For undergraduate and Master’s degree students, this will be limited to a two-year visa and PhD students will benefit from up to three years.

The main additional features of this scheme are: 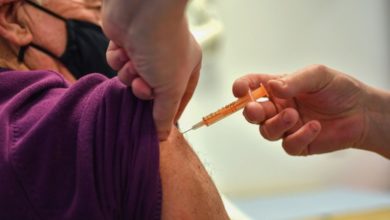