The UK’s medicines regulator has granted emergency approval for the Pfizer and AstraZeneca vaccines to be used as third, booster shots to tackle potentially waning immunity, adding pressure on the government’s vaccination watchdog to approve a new jab programme.

In a statement, the Medicines and Healthcare products Regulatory Agency (MHRA) said the vaccines had been approved for use as boosters on an emergency basis from Thursday.

The announcement did not specify which groups of patients the approval involved, with the MHRA saying this would be a decision for the Joint Committee on Vaccination and Immunisation (JCVI).

The JCVI was meeting on Thursday to decide whether a booster programme should take place, and if so how widespread it should be.

Ministers are believed to be keen to roll out a mass booster programme for most or all adults as fast as possible as an attempt to mitigate an expected rise in cases over the autumn and winter, as has happened in Israel.

However, with the evidence so far mixed on how much benefit boosters give to healthy adults, the JCVI could decide to limit them to older or more clinically vulnerable people, with the issues described as complex and with numerous ethical implications.

Among the evidence the JCVI was to consider on Thursday were interim results from the Cov-Boost study, which looks at the impact of one of seven different vaccines as a third dose, on top of either the Pfizer or AstraZeneca vaccines.

The MHRA announcement did not mention Cov-Boost, but it is possible the timing of its decision was influenced by the arrival of the results.

Dr June Raine, the MHRA’s chief executive, said: “We know that a person’s immunity may decline over time after their first vaccine course. I am pleased to confirm that the Covid-19 vaccines made by Pfizer and AstraZeneca can be used as safe and effective booster doses.

“This is an important regulatory change as it gives further options for the vaccination programme, which has saved thousands of lives so far. It will now be for the JCVI to advise on whether booster jabs will be given and if so, which vaccines should be used.”

A week ago, the JCVI approved the use of a third vaccination for half a million people with severely weakened immune systems, although this was presented as part of the initial vaccination schedule for this group, separate to a formal booster programme.

Some scientists welcomed the MHRA’s move. “By any standards this is good news,” said Danny Altmann, professor of immunology at Imperial College London.

“As we see in daily breakthrough caseload, Delta has really stress tested our defences. While UK cases are held down to about 40,000 a day as we head into autumn, there’s clearly little room for complacency. Data from Israel has already shown clearly that a third dose can enhance protection substantially to bring breakthroughs right down.”

Ministers are also awaiting news on the vaccination of 12- to 15-year-olds, after the JCVI said on Friday that the evidence of the clinical benefits of vaccinating this age group was not strong enough to recommend it.

The committee instead suggested ministers ask the four chief medical officers of the UK to examine wider factors such as the potential impact of disruption to schools.

It is understood that government officials do not expect to make an announcement on either vaccine programme on Thursday. 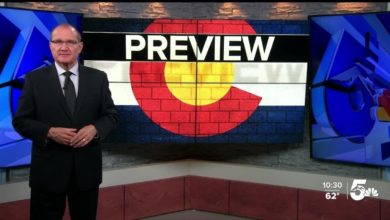 The Review & Preview: What Coloradans need to know about Coronavirus this week – KOAA 5

Can coffee help you get through the day after a night of irregular sleep? Study finds out