Last year the office of the Auditor General conducted an audit of the disbursements from the TERS scheme which was meant to give funds to employers to allow them to continue paying salaries during the hard lockdown aimed at curbing the spread of Covid-19.

The Auditor-General found that the disbursements were riddled with fraud and transfers to undeserving recipients, including prison inmates, university students and the deceased. It also found the scheme overpaid and underpaid to employers in some instances.

In a virtual plenary of the National Council of Provinces where the minister was replying to questions from MPs orally, ANC MP from the Northern Cape, Eric Landsman, asked Nxesi how much money has been recouped as well as how many related cases had been forwarded to law enforcement and the courts.

“Slightly above R2 billion has been refunded thus far to the UIF. The follow-up money is also on a daily basis recovering money and employers are entering acknowledgement of debt agreements. One thousand cases have been referred to SAPS [the SA Police Service] for criminal investigation and 15 [cases] have already [been] referred to court with 80 [suspects] already appearing in court,” said Nxesi.

In a supplementary question, Landsman asked Nxesi if there were still any corruption suspects at large or still employed by the department. Nxesi replied that suspects were being pursued inside and outside of the UIF on an ongoing basis.

“I had to do what I did because when you are given a responsibility to manage and irregularities emerge on your watch, you have an obligation to account and investigate. I may not look at you as a suspect, but I can watch for a closer and deeper look into processes and this is continuing,” Nxesi said.

Nxesi said while the UIF chief risk officer continues to look at cases on an ongoing basis, the Department of Employment and Labour was in the process of changing its IT systems and procedures and would update employers on these changes insofar as they affect disbursements in due course.

Jake won't make it awkward when Damian comes to Loftus: 'I respect his decision' 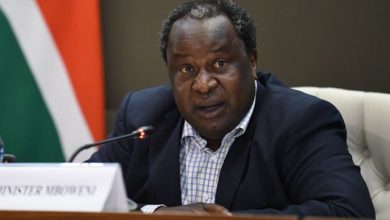