President Mnangagwa was yesterday among Heads of State and other dignitaries who attended the 6th swearing in and inauguration ceremony of Ugandan President Yoweri Kaguta Museveni.

The colourful ceremony that was held under strict Covid-19 regulations, saw 11 Heads of State, a section of the Ugandan population, and other friends of Uganda drawn across the continent converging to witness President Museveni take his oath of office at Kololo ceremonial grounds.

The small crowd roared in excitement when President Museveni announced that President Mnangagwa was among the dignitaries.

It was a similar treat on Tuesday night when President Museveni hosted a banquet where social distancing and strict Covid-19 regulations were observed.

Only 4 000 delegates including supporters were allowed to attend the inauguration with the rest of the people following the events in their homes or social media platforms.

“We have good relations with Uganda in the African Union. Uganda also has been our friend since Independence. Just like us, Uganda was colonised by Britain. It is only a pleasure for the President to witness this happy event. We wish the people of Uganda well,” Ambassador Shava said.

In his inauguration speech, President Museveni said he had done extremely well for the past five terms in office, something that has given dreamers room to dream of leading Uganda.

“Under the leadership of National Resistance Movement (NRM), Uganda has deepened and blossomed, to the extent that anyone can now dream of leading Uganda. This has not come about by chance. It is the result of unfaltering efforts by patriotic folks who chose to put Uganda first,” he said.

He said for Uganda to be safe from the mutating Covid-19 variants, about 5,5 million people have to be vaccinated, adding that his government is working on making its vaccine. He urged the people to start working hard to secure their future.

“Yours and my role should be to put in honest hard work, shun corruption and offer support to each other “President Museveni said.

When he visited Zimbabwe in 2019 the Ugandan leader agreed with President Mnangagwa to escalate economic cooperation guided by the two countries’ General Agreement on Economic, Technical, Scientific and Cultural Cooperation, as well as the current realities.

Back then, President Mnangagwa said the visit by President Museveni allowed both countries to reignite the Pan African spirit engrained in the two nations.

“Since the establishment of our diplomatic relations in 1980, Zimbabwe and Uganda have enjoyed cordial relations at the political level. Your visit allows us to share our socio-economic and political experiences, to improve the quality of life of our people,” President Mnangagwa said then.

During independence celebrations in Uganda last year, President Mnangagwa revealed to President Museveni that he had passed through Entebbe on his way to Egypt for military training in 1961.

President Museveni started his political journey as a student leader at University of Dar es Salaam, Tanzania, in 1970s and was taught by the late Zimbabwe Minister of Foreign Affairs and Information Dr Nathan Shamuyarira.

The MMDA wants people to stop complying with habal-habal schemes

Robert De Niro Injured In Oklahoma; Heading Back To NYC From ‘Killers Of The Flower Moon’ Set – Deadline 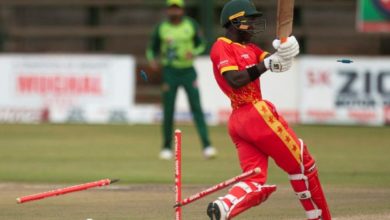 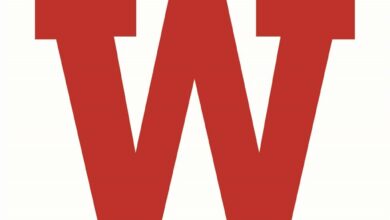 Letters | COP26 must stop the mining in Zimbabwe reserve