Jon Jones took a little break from days of furiously tweeting about money issues with the UFC, so he can send more angry tweets about… shoes.

That music video already sparked outrage from several conservative and religious fellows, but Lil Nas X’s follow up merch on Monday caused an even bigger satanic panic. The artist released limited edition “Satan Shoes” with 666 pairs of custom Nike Airs that has its soles (souls?) injected with a mixture of red ink and “1 drop of human blood.”

The Satan-themed shoes reportedly sold out in under a minute and has since caused even more outrage on social media, with politicians and now sports stars like Jones angrily chiming in.

“Tomorrow morning I’m going to burn all my Nike shoes, you will never catch me in that shit again,” the decorated UFC champion and proud Christian wrote on Twitter.

Tomorrow morning I’m going to burn all my Nike shoes, you will never catch me in that shit again

Jones’ response to the custom shoes somehow actually seems more rational compared to even more over the top vitriol that was spewed by many. Lil Nas X has been reveling in the outrage from this entire release, which he not only expected, but used specifically to make a point about religion and intolerance.

From posting a faux apology, to taking jabs at a fast-food chain with a reputation for homophobia, he has responded by clapping back with some humor, while also sticking to his main message.

i spent my entire teenage years hating myself because of the shit y’all preached would happen to me because i was gay. so i hope u are mad, stay mad, feel the same anger you teach us to have towards ourselves.

The metaphors in that music video and this release are fairly easy to read for many, but Aja Romano broke it all down in detail, discussing the entire controversy really well in this explainer. Here’s a snippet:

Lil Nas X is deeply aware, as most queer people are, that the queer experience has always been defined by deviance, primarily because mainstream society has historically refused to legitimize any other kind of queer experience. Queerness has always been associated with the monstrous and diabolical, with queer influences being framed as corrupt and perverse and queer people experiencing higher rates of imprisonment than straight people, all while being disallowed to marry, start families, and enjoy “normal” lives. Thus, queer people have learned to embrace and own their own social ostracism, turning deviance into something to celebrate.

Simultaneously, Christians’ justification of the persecution of queer people has historically been based upon very literal interpretations (and frequent misinterpretations) of Biblical passages. These include verses in which sodomy is discussed and other same-sex subjects are hinted at broadly; this is also the approach that’s been used over the centuries to justify slavery and burning women alive for alleged witchcraft.

So a queer Black entertainer, singing about gay sex and flirting with the occult all in one fell swoop? That’s basically a bingo card of challenges to Christian literalism — and many Christians, at least on social media, seem to be failing the test.

As for Jon Jones, the fighter is still seemingly mad at “this bulls—t.” Although after learning that Nike has distanced themselves and is even suing for the unsanctioned collab, he at least seems to have backed away from that burning (…) desire to destroy all of his Nikes.

OK, now I’m seeing there is a lawsuit. Glad to know Nike isn’t behind this bullshit.

Jones was the first UFC fighter to be sponsored by Nike. The deal didn’t last very long, and he previously claimed he lost that sponsorship due to one of the many controversies he’s had outside the Octagon. Belly, Eve 6, Cake and more speak out against Spotify after the Joe Rogan Spotify saga 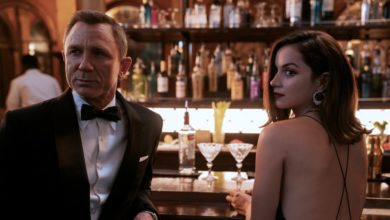 Daniel Craig’s era as James Bond comes to an end with ‘No Time to Die.’ What’s next for the franchise? 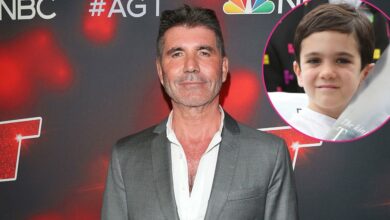