The U.S. men’s 4x400m relay team gave America one of the best feel-good stories of the Tokyo Olympics.

The U.S. held off an upstart Botswana team during the first three legs of the men’s 4x400m relay before pulling away in the final stretch to win the gold medal in the final track event of the Tokyo Olympics.

The men’s team won the final race of the games in thrilling fashion as Benjamin crossed the finish line well ahead of the pack.

After the men’s 4x100m team failed to qualify for their final, the men’s 4x400m team will now come home heroes for the U.S.

Zimbabwean with football dreams to be kicked out of UK - bbc.co.uk 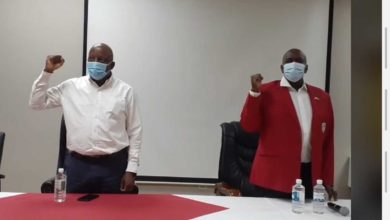 Botswana: Third Largest Diamond Ever Unearthed at Jwaneng Mine