Station wagons used to be the car of choice for Aussies families, but SUVs has relaced the conventional four-door machines as the country’s preferred ride. The Mazda6 proves why wagons are under appreciated.

This is the connoisseur’s Mazda

The Mazda6 is not a default choice any more, as buyers gravitate to SUV options such as the best-selling CX-5 or seven-seat CX-9. But there’s much to admire here, starting with the stylish silhouette and practical wagon boot. You also get plenty of gear including a touchscreen with satnav, Apple Carplay and Android Auto connectivity, a Bose stereo and a lot of safety gear such as front and rear auto braking, blind-spot monitoring and lane-keeping assistance. Priced from about $52,500 drive-away, the GT SP is $12,000 more than the cheapest model but has luxury features and a turbocharged engine.

Presentation is a strong point

Our test example looked sharp in a shade of metallic battleship grey dubbed “polymetal” that goes nicely with gloss black 19-inch alloys, black mirrors and adaptive LED headlights. The cabin’s burgundy-coloured leather with grey stitching looks premium, helped by neat additions such as heated front and rear seats that make it feel more like a prestige car than a mainstream wagon.

It’s faster than you think

Powered by a thirsty 2.5-litre turbo engine pinched from the bigger CX-9, the Mazda6 uses 7.6L/100km to make 170kW and 420Nm – if you fill it with the cheapest fuel you can find. Upgrade to premium unleaded and peak power climbs to a respectable 184kW, enough to make the front tyres spin if you’re too eager with the throttle on slippery surfaces. It has plenty of go, delivering effortless grunt in combination with a smooth-shifting six-speed auto linked to shift paddles on the steering wheel.

But it isn’t a performance car

Badges such as “GT” and “SP”, previously reserved for cars such as the Porsche-hunting Mazda RX-7 SP or rare turbocharged MX-5s, suggest this might be a high-performance thoroughbred. But it’s a luxury cruiser, not a weekend track bruiser – forget about huge brakes, stiff suspension, kidney-hugging seats and gumball tyres. This is a practical and comfortable family car with a strong motor, not a purposeful alternative to the likes of Skoda’s Octavia RS.

That doesn’t mean it’s a dud to drive. Composed on the open road, the Mazda’s sweet steering delivers reassuring responses in the bends, and the well-sorted suspension has more compliance than you might find in SUV alternatives.

It’s starting to show its age

Limited edition models with cosmetic changes are often a sign that an updated model is around the corner.

Launched in late 2012, the Mazda6 is one of the oldest cars in Mazda showrooms, and we know the brand is working on a successor due in the next year or two. Set to ride on a new platform with a fresh in-line six-cylinder engine and rear-wheel-drive, the next Mazda6 promises to be a more polished and technically advanced machine than the outgoing version. It should address some of the current model’s shortcomings, and bring features such as wireless smartphone mirroring, a powered tailgate, rear climate controls and 360-degree camera that aren’t available here. The Mazda6 GT SP is a great car but the next model has the potential to be truly special.

From The Desk of The President - Monday, 9 August 2021 | The Home Of Great South African News - www.sagoodnews.co.za 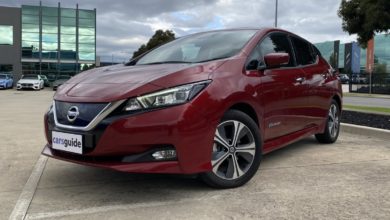 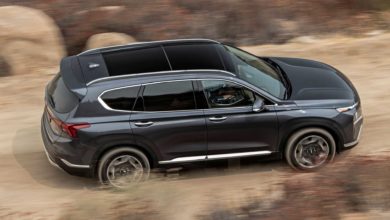