The alleged mastermind behind the murder of Tshegofatso Pule told the Roodepoort Magistrate’s Court that Pule and the man who claimed he was contracted to kill her, Muzikayise Malephane, were involved in a relationship.

Ntuthuko Shoba revealed this in a statement before the court which was handed up during his second bid for bail.

He said that when he was denied bail in his initial application, he started opening up to his fellow Krugersdorp prison detainees about the case and denied any involvement in the murder.

One detainee, John Thweky Mohabe, told him he knew someone (Malephane) who had been arrested for the same offence. The detainee allegedly claimed that Malephane had told him Pule was his girlfriend.

“He further told me that Malephane told him that he killed his girlfriend during an argument after he picked her up from Florida. I submit that I was not aware during my initial bail application that the deceased had multiple relationships,” Shoba said in his statement.

The 32-year-old JSE analyst added that he had not had any communication with Malephane on the day Pule was collected from his Florida home.

“I submit that, had I known this information during my first bail application, I would have brought it to the attention of the court as I deny any involvement [in] the crime and this can explain the reason for the murder committed by Malephane.

“Mohabe further told me that this information of Malephane having a relationship with the deceased and having killed her after an argument, was revealed to two other detainees.”

Magistrate Delise Smith ruled that the development was a new fact that the court had to consider.

The bail hearing will proceed on a new date.

Smith denied Shoba’s first bail bid in the same court on 5 March, after finding that there were no exceptional circumstances to warrant his release on bail.

Pule’s body was found hanging from a tree in Roodepoort in June 2020. She was eight months pregnant at the time and it is believed that Shoba was the father the unborn child.

At the time of her disappearance, her family had told media that the 28-year-old beautician had gone to visit Shoba – who they described as her boyfriend – because they were going to buy clothes for the child.

Shoba was arrested at his Florida home in February after Malephane confessed to her murder and turned State witness.

Malephane implicated Shoba as the alleged “contractor” and alleged that Shoba offered him R70 000 to carry out the murder in a quest to prevent his wife from finding out about Pule’s pregnancy.

Shoba is facing a charge of premeditated murder.

Rolls-Royce Cullinan By Mansory Dresses In Green, Gets Light-Up Grille

Morne Steyn typically humble over THAT kick: ‘You work all your career for one moment’ 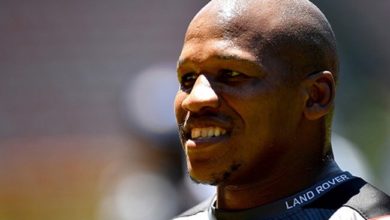