Attending a classic car show is a sure way to see works of art that someone has taken special care to preserve.

It’s also a great place to hear the remarkable stories behind the vehicles and their owners.

Last Saturday at the 16th Annual Cool Summer Nights Car Show at the Lakeside Motel and Resort in Trout Creek, there were plenty of both for aficionados of special vehicles.

Newport, Washington’s Michael Schaffer made the trek to Trout Creek in his 1968 Chevy Chevelle. His pride in his ride is only surpassed by his three children and they all had prominent roles in his story.

“I was in a band in high school and I had just made $1,200, so I was looking for a car,” Schaffer said. “I wasn’t having much luck, but my mom suggested a Chevelle.

“To me, it sounded like a ‘girly’ car. I just didn’t like the name,” he said. “But we ended up going to a lot and were looking around when I saw this car and I asked Mom about it. She said ‘That’s a Chevelle,’ so seeing one obviously changed my mind.”

Schaffer was still just 15 years old, but he bought the car for $700. The car was still mostly in its original condition except for the engine.

“I wasn’t old enough to drive, but I started driving anyway and it became my daily driver for years,” Schaffer said. “I thought about selling it a few times, but my mom always talked me out of it.”

If only for the memories which are part of owning the Chevelle, Schaffer is happy he never let the car go.

“At one point someone stole it and then I found it and took it back,” Schaffer said. “I got pulled over and the officer said the car had been reported stolen and I told him that I had reported it stolen a few months ago.

“So, I sat in jail for the weekend before they checked things out and determined I was the rightful owner,” he said. “Since then, I don’t let it out of my sight.”

The entire episode inspired Schaffer to make sure there was never a doubt about who the car belonged to.

On his upper left arm is a tattoo which includes the vehicle identification number of his Chevelle.

Schaffer’s children, now all grown adults, have fond memories of the car, too.

“My daughter won drag races with it while she was still in high school,” he said. “Then in 2009 my wife filed for divorce.

“The judge who heard our case asked me what I wanted in the settlement and I told him ‘My kids.’ He then asked her what was at the top of her list and she said ‘I want the Chevelle.’

“Certainly, the Chevelle is very sentimental to me, but we were talking about my kids!” Schaffer said.

Schaffer told the judge his wife could have everything except the kids and the Chevelle.

“I told her ‘You’re not taking my memories, too.’”

When the judge learned Schaffer had bought the Chevelle when he was just 15, years before he married, he awarded the car and full custody of the children, then 8, 12 and 16 years old, to him.

“We drove away and each of the kids had their duffel bags with them and we started over,” Schaffer said.

The Chevelle also provided one more significant and recent story.

Schaffer is a manager for an international package delivery company and at one point, someone was doing background checks on its employees.

“The grand theft auto charge was still on my record,” he said. “I told them the story, but they said it would still cost me my job. I have clearances with different government agencies for my work and a felony charge was a real problem, so I had to work to get it removed.”

Today, Schaffer said his kids have come to appreciate the Chevelle and Saturday’s show was just the second time he’s ever taken it to one. The last one was in Colorado in 1997.

“Now, some day, all three kids will be left a classic Chevelle,” Schaffer said with a warm smile.

The Oxford family of Thompson Falls was also there to share their 1972 Plymouth Duster.

Josh Oxford bought the muscle car in January 2019 from a man in Kalispell.

“It was sold off the lot in Tukwila, Washington, in 1973, then ended up in Helena where it sat in a field from 1982 to 2000,” Josh said. “The man we bought it from drove past it for a few years before buying it and then it sat for many more years before we bought it.”

Robyn, Josh’s wife, had one vivid memory of the car after arriving home.

“It was in pieces in the living room,” she said with a laugh. “I said ‘Not here, so we moved it into the mud room.’”

Work also occurred outside in the snow of a Northwest Montana winter.

“It took us 41 days to put it back together,” Josh said. “It came to us in pieces and it was a real process.”

Josh credits his best friend of 21 years, Tyrel Hicks, of Thompson Falls, and other great friend, Billy White, of Trout Creek, for helping him put the Duster back on the road.

“Tyrel helped me put it back together and Billy helped me with the body work and paint,” Josh said. “There sure was a lot of sanding!”

For now, redoing the interior is all that remains.

“We’ll get it done for sure,” Josh said.

Noxon’s Don Eckelberry showed off one of the oldest vehicles at the show – a 1925 Ford Model T. He’s had it for about 15 years.

“I still drive it here and there,” Eckelberry said. “We were down in Bozeman recently and we hauled it with us and I drove it there, too.”

He’s had it in a few shows, too, including the Model T Ford Club of America 1965-2015 National Tour and the Motoring in Montana show in Whitefish in 2017.

Zim on cusp of glory . . . as inflation takes a tumble 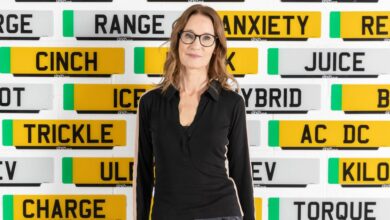 Susie Dent lists 10 motoring phrases that are dying out, and 10 we need to learn 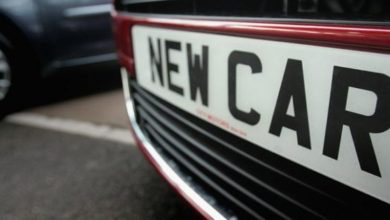 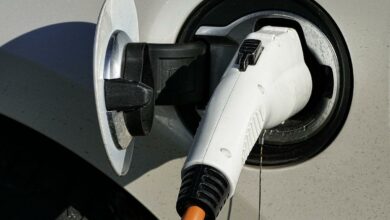