The UK’s “traffic light” travel system could be scrapped from next month, according to one industry figure.

The PC Agency CEO Paul Charles, who has been sharing industry updates throughout the pandemic, tweeted:

“The traffic light system is expected to be scrapped by 1st Oct – at last. Airlines and some of us in the sector are aware of plans to create a simpler system, where countries are either red or not. This would be the US model in effect, which I’ve been calling for.”

“Scrapping of traffic light system would be a relief to pretty well everyone and herald a ‘living with an endemic’ approach, rather than blanket country measures. Would be a relief to countries in Africa, South America, Asia which don’t deserve to be red-listed,” said Charles.

Critics of the UK’s system have pointed out that the country’s travel sector is opening up far more slowly than the rest of the world.

Predictions are growing that the UK’s current traffic light travel system will be simplified or ended by the beginning of October.

A source “briefed on the proposal” told The Telegraph: “It’s about whether you are vaccinated or not, rather than the country you are travelling to.

“What it means is that green and amber disappear and only vaccination status will count for where you travel. For a vaccinated person, just as now all countries apart from red are ‘green’.

“For an unvaccinated person, it means that your travel to a green country might be slightly more difficult.

“There’s a potential psychological boost in that a lot of people think travel to amber is risky whereas if it disappeared, people may be more willing to travel to X, Y or Z.

“It could also incentivise people to get vaccinated. There’s been a slowdown in the rate of vaccination, particularly among younger people and that’s a way to encourage take-up.”

Budget carrier easyJet is launching a new route from Manchester Airport to Aqaba in Jordan this winter.

Flights will operate up to twice a week on Mondays and Fridays throughout the winter, starting from 6 December 2021.

Jordan’s only coastal city, Aqaba has easy access to Jordan’s top sights, such as Petra and Wadi Rum, as well as swimming and diving in the Red Sea.

Ali Gayward, easyJet’s UK Country Manager said: “We are delighted to announce that we are adding even more exciting destinations to our Manchester network. We know our customers can’t wait to go on a long-awaited and well-deserved holiday, so this new route will prove popular for customers wishing to get away for some winter sun.”

Rail travellers from London to Edinburgh will be able to arrive in the Scottish capital an hour earlier when a new budget train link is running its full schedule.

The Independent has studied the timetable for Lumo, which is set to introduce new trains on the East Coast main line from 25 October.

While Lumo has far fewer trains than its giant state-owned rival, LNER, the new operator plans a much earlier first northbound train.

The 5.45am from London King’s Cross will reach Newcastle at 8.39am and Edinburgh at 10.10am – 62 minutes ahead of the first LNER departure. The earlier arrival will help Lumo’s aim of attracting passengers from airlines.

Heading south, LNER retains its clear edge: the only four-hour trip of the day departs from Edinburgh at 5.40am, calls only at Newcastle and arrives in London at 9.40am.

The Lumo schedule reveals an average journey time between Edinburgh and London of 4h35m southbound and 4h29 northbound.

The chancellor has dashed hopes for an extension to the furlough scheme, which many travel businesses in the UK are relying on to stay afloat.

Prominent travel industry figures have warned government that it has “30 days to save travel firms” – before the Coronavirus Job Retention Scheme (CJRS) ends on 30 September.

In a letter to MP Henry Smith – chair of the all-party parliamentary group (APPG) for the future of aviation – Sunak wrote: “It would be challenging to target the CJRS to specific sectors in a fair and deliverable way and it may not be the case that this is the most effective or sensible way to provide support for those sectors most affected by Covid-19.

“Grant support is a devolved policy area and the UK government has decided in England it is preferable to provide local authorities with funding at a scale, and with the flexibility they need to best support their local economy, rather than create several dedicated grant funds, such as one for the travel sector, to be administered from Whitehall.”

There’s still time to join tonight’s free Zoom event with The Independent’s travel correspondent, Simon Calder, where he will discuss what’s next for travel with a panel of industry experts.

Simon will be joined by two experts who know only too well the impact that restrictions have had on travel, both domestically and further afield. Chief Executive of Visit Cornwall, Malcolm Bell, and Chief Executive of Advantage Travel Partnership, Julia Lo Bue-Said, will be on hand to discuss the future of staycations, as well as sharing tips for planning a holiday abroad.

Can we ever expect any sense of normality to return when it comes to booking a trip?

The US’s major health organisation has moved Jamaica to its list of “highest risk” destinations to avoid.

Destinations that fall into the “Covid-19 Very High” Level 4 category have had more than 500 cases per 100,000 residents in the past 28 days, according to CDC criteria.

Jamaica was predicted to move to the UK’s red list at the last travel update on 26 August, but it remained on the amber list.

The new budget train brand set to serve the East Coast main line will offer most railcard discounts – meaning its lowest fares of £15 for a London-Edinburgh journey could be reduced to under £10.

It was initially believed that the usual 34 per cent discount would not be offered to passengers on the Lumo service, which launches on 25 October.

But sources have confirmed that most railcards will yield the fare cut – resulting in one-way fares below £10 for travellers who grab one of the opening tranche of lowest-price tickets. These one-way journeys are selling for £14.90, but that cost comes down to £9.80 for railcard holders.

Good morning and welcome to The Independent’s travel liveblog, where we’ll be sharing all the latest updates.

Who Is Most Likely To Murder? Martin, Steve & Selena On What They Learned From Their New Show - The Late Show with Stephen Colbert 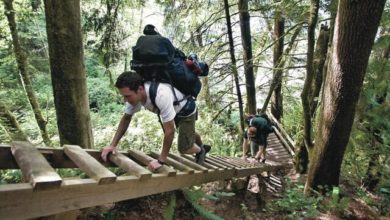 Do you want to travel within B.C. this summer? – Poll

Travel news latest: US flight searches up by 700pc as experts warn of rising fares – The Telegraph