Fans of the ABC sitcom Black-ish were devastated to find out that its eighth season would be its last. Created by Kenya Barris, the groundbreaking comedy followed Dre (Anthony Anderson) and Bow (Tracee Ellis Ross) as they raise their four kids and navigate being Black Americans and all of the issues that come along with that. To celebrate getting to go out on their own terms and end the story of the Johnson family how they wanted, members of the cast and crew took to social media to sing the praises of the team.

“t’s hard to imagine that it’s been 7 years and that this will be our 8th and our final season of [Black-ish],” Ross wrote on Instagram. “The joy and pride in what we have made is immeasurable. Thank you for laughing, crying and growing with the Johnsons! Thank you to the [Black-ish] family; our cast, writers and crew, what a journey it’s been with all of you. My love for you runs deep! Stay tuned y’all. It’s gonna be a good one!”

Ross had most recently discussed her time working on the sitcom and how it was even more popular and influential than they’d imagined going in. “I hoped it would have this kind of success, but I don’t know that I expected it,” Ross said in an interview with Harper’s Bazaar in February. “I don’t think one can ever expect it—I’m also a bit superstitious in that way. I think there’s a lot of factors that make this show accessible and entertaining to everybody. We tell really universal stories but through the lens of a black family, which in and of itself is incredibly important.”

Show creator Barris also expressed his gratitude on Instagram. “To ALL the people in the world I love, honor, respect and care for, it is both exciting and bittersweet to share that black-ish been RENEWED by ABC for its EIGHTH… and FINAL SEASON,” Barris wrote. “In this day and age, it is rare to get to decide when your show should come to an end, and we are grateful along with ABC to be able to make this final season exactly what we’d hoped for – and to do it with the entire and AMAZINGLY STELLAR cast coming back to close this chapter out with us the right way!”

“This show has changed my life in so many ways and I am so proud of the conversations we’ve started along the way,” Barris continued. “None of this would have been possible without our audience and supporters, who have championed the show every step of the journey, allowing us to change not just the narrative of Black Families, but of Family, Culture, and the World in general. All the while allowing us to talk about things that people were not supposed to talk about period and especially on a network television comedy.”

Thursday Beats Out Friday To Set A Pandemic-Era Record

Lori Loughlin feels ‘relieved’ that Mossimo Giannulli is out of prison: report 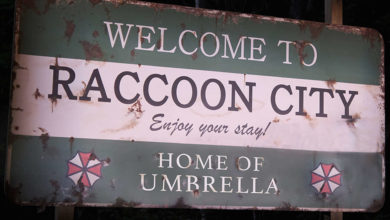 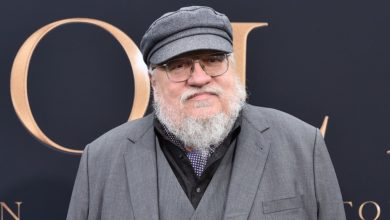