Q: What is a fuel cell electric vehicle? Does it use some sort of fuel?

A: Most electric vehicles (EVs) today draw energy from a battery pack made up of lithium-ion or the less common nickel metal-hydride cells.

In a fuel cell electric vehicle (FCEV), electricity is supplied by a fuel cell stack. In a fuel cell, hydrogen released from a compressed tank combines with oxygen in the air to produce electrical energy, with water as a byproduct.

The process is the reverse of electrolysis, where electricity splits water into hydrogen and oxygen and which requires a special polymer membrane.

Each fuel cell produces roughly one volt. Hence, a fuel cell stack made up of around 450 individual cells will be able to energise a 400-volt electric motor. With appropriately-sized polymer membranes, a stack can be designed to supply sufficient current flow for power outputs of at least 120kW.

Unlike batteries which require several hours to recharge, the fuel cell requires only a refill of hydrogen, which typically takes less than eight minutes via a powerful compressor.

FCEVs have a small lithium-ion battery to store energy recuperated from braking or coasting. This enhances their efficiency.

Currently, Hyundai, Toyota and Honda produce passenger FCEVs, which are available in cities with hydrogen-filling stations. On average, a full tank of hydrogen offers a range in excess of 400km.

Richard Hammond’s car and motorbike collection up for grabs 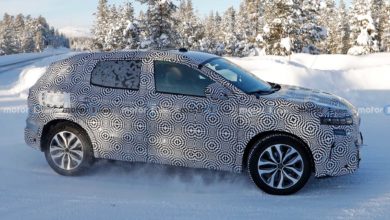