Japan’s household spending dipped 10.2 percent in September on-year, according to the internal affairs ministry data released before the opening bell.

“Investors bought back shares, targeting those which fell sharply for the past few days,” said Yoshihiro Okumura of Chibagin Asset Management.

Ahead of the opening bell, North Korea fired two suspected ballistic missiles into the sea, in its first substantive provocation of the new US administration of Joe Biden.

“But players did not take the news as a trading factor,” Okumura told AFP.

The Tokyo Olympics torch relay kicked off Thursday, a year late and without spectators at the launch, heralding a major step towards the start of the coronavirus-delayed Games on July 23.

“It’s good news but the market is more concerned about the fate of the Olympics themselves,” Okumura said.

In Tokyo trading, chip manufacturer Renesas jumped 2.94% to 1 190 yen as investors bought back its shares, which had plunged following a factory fire that could worsen a global semiconductor shortage.

Toyota, which announced a capital tie-up with Isuzu for autonomous trucks on Wednesday, rose 0.45% to 8 157 yen.

Advertising giant Dentsu, which is heavily involved in organising the Tokyo Olympics, gained 1.10% to 3 660 yen. 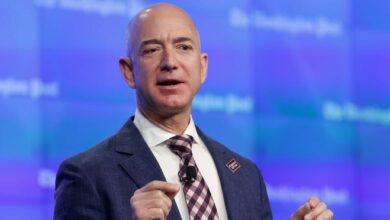