Indian contingent has made a winning start on Day 6 of Tokyo Olympics 2021 as archer Atanu Das defeated two-time Olympic Gold medalist Jinhyek Oh of South Korea and advanced to men’s individual pre-quarterfinal. Early in the morning, reigning world champion P V Sindhu sailed into the women’s singles quarterfinals after beating Denmark’s Mia Blichfeldt in straight games. While India men’s hockey won their match against defending gold-medalist Argentina 3-1. Boxer Satish Kumar too made a winning start of his Olympics 2021 campaign as he defeated Jamaican boxer in round-of-16 match of heavyweight category.


Playing aggressive and deceptive shots that kept her opponent on the run throughout the match, Sindhu outplayed Mia in just 41 minutes.


Mia, who was ranked 11th in the world a couple of years back, had sent Sindhu packing from the Thailand Open in January this year, found the Indian star, silver medallist at the Rio Olympics and gunning for gold here, too strong on Thursday and could not play her usual game as Sindhu took control from the start.


Sindhu will play her quarterfinal match against Akane Yamaguchi of Japan.

Manu Bhaker finished the qualification round of precision at 5th spot with a score of 292. While her compatriot Rahi Sarnobat is at 25th position with a score of 287. Serbia’s Zorana Arunovic, who shot a stunning 296 to lead the pack, is in first place.


Will Manu be able to maintain her speed in the quick qualifying? Can Rani make up for lost time? We will find it tomorrow

The 44-strong women’s sport pistol field on day six of the Olympic Shooting competition mirrors the Air Pistol competition on day two and will feature all of the finalists from that event, with the exception of the Chinese, who have changed personnel.


India’s first super heavyweight (+91kg) boxer to compete in the Olympics, Satish Kumar, eased into the quarterfinals of his debut Games, defeating Jamaica’s Ricardo Brown in his opening bout today.


In the battle of the debutants, the 32-year-old Satish prevailed 4-1, a comfortable win for him despite the split verdict.


The two-time Asian Championships bronze-winner Indian, who has been a multiple-time national champion, was helped by Brown’s poor footwork throughout the bout though he did end up sustaining two cuts — one on his forehead and the other on his chin.


“He got cuts because of three head butts during the bout. But it was a very measured performance by Satish, he could have been in trouble had Brown connected because he was huge and powerful,” Indian boxing’s High Performance Director Santiago Nieva told PTI.


Next up for Satish is Uzebkistan’s Bakhodir Jalolov, the reigning world and Asian champion. Jalolov out-punched Azerbaijan’s Mahammad Abdullayev 5-0 in his last-16 bout.


“He is not unbeatable. Although Satish has never won against him but the last time they fought in the India Open, it was split verdict. He ran him close,” Nieva said.


Satish, also a 2018 Commonwealth Games silver-medallist, dominated with his right hand and allowed Brown to repeatedly make the mistake of lunging in with very little balance.


With this win, the Indian men’s hockey team has qualified for the quarterfinals in the Tokyo 2020 Olympics.


India started the match at a good pace as defenders gave no clear-cut chance to defending champion to find that rhythm in midfield. Dilpreet Singh had India’s best chance in quarter one but it was kept out by the Argentine goalkeeper by a very good save.


India’s finishing was not clinical even in the second quarter and it remained scoreless after the end of the first half.


In the third quarter, the pressure by Indian forwards finally delivered as Varun Kumar gave the team a much-needed breakthrough after converting a very well worked penalty corner. In the dying minutes of the quarter, Graham Reid’s men were close to double their lead but Argentina goalkeeper Juan Manuel came big for his team again by saving a nicely worked PC by the Indian team.In the fourth quarter, Argentina responded well by converting a PC and levelled the match against India as Casella stormed the ball past Sreejesh.


With the match going for a draw, Vivek Sagar Prasad came with an absolute poacher of a finish to regain the lead for the team. Minutes later Harmanpreet Singh came clutch for India from PC and sealed the match for India.


After this victory, India has now won three matches in their group.

The live streaming of Olympics 2021 will be available on Sony LIV App and website.

Ports mostly back to operations after Transnet cyber attack, but force majeure still in place 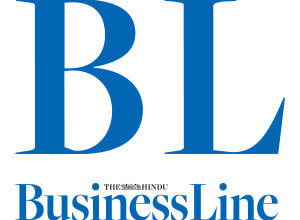 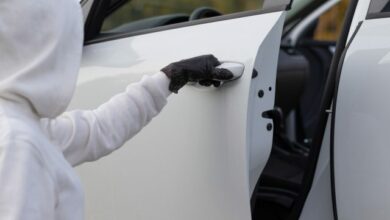 New hijacking trends to look out for in South Africa 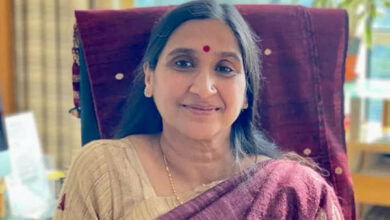