Reigning 400m Olympic champion and world record holder Wayde Van Niekerk has progressed from the heats to the semi-finals at Tokyo 2020.

The South African was running in hot conditions at the Olympics Stadium, with temperatures reaching close to 40 degrees Celsius, and he took it relatively easy as he finished in third with a time 45.25 seconds. Van Niekerk’s PB is 43.03.

A top-three finish guarantees athletes a place into Monday’s semi-final. The 29-year-old finished behind first-placed Anthony Zambrano from Colombia (44.87) and Australia’s Steven Solomon (44.94).

Today’s the day: Who will take Bolt’s crown and win the men’s 100m?

American Michael Cherry set the fastest time of qualifying, 44.82, with only five athletes dipping under 45 seconds.

Van Niekerk has struggled with plenty of niggles games after suffering a career-threatening knee injury in 2017, tearing both his anterior cruciate ligaments (ACL) in a charity tag rugby match.

He said he is happy just to progress to the next round.

“I thought the Botswana boy (Leungo Scotch) would keep his pace up and I’d run off of him,” he said post-race.

“But the two boys inside of that were picking up. I expected to catch Scotch, but to my surprise the Australian (Solomon) came through in lane four. But, the top three in the heats go through and that to me was the most important aspect.”

With South Africa currently down in 25th in the medal table, Van Niekerk says he hopes he can be a “shining light” for his country at this Olympics.

He added: “It’s been a been a tough few years for the entire world. My own country is going through so much right now … there’s so much stress, disappointments, pain.

I’m trying to be a shining light, fighting through my own setbacks and injuries and being a positive for my country.

US urges Tunisia to return to 'democratic path' 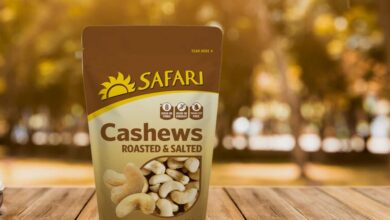 Salmonella detected in a batch of Safari nut products