We’ve got the latest news stories and headlines in South Africa on Wednesday 28 July 2021.

The government’s return of the R350 grant to help the poor survive the global pandemic has come into sharp focus. Are we just prolonging the dire situation or is it making a difference? The coronavirus has left millions of South Africans on the brink, with many at risk of starvation, illness, and death. Experts have suggested that government should triple its offering, while others like Black Sash say the basic income should at least be about the Food Poverty Line of R585 at least.

R350 grant: Black Sash concerned that it does not meet food poverty line

As many of us now know, President Cyril Ramaphosa announced that the R350 grant would be reinstated until March 2022 which is great news. Even better? The eligibility criteria has expanded to include unemployed caregivers who receive the child support grant on behalf of children. Human Rights Organisation Black Sash, however, says it is concerning that the R350 grant was not increased to meet the food poverty line.

While the Black Sash has welcomed the positive facts surrounding the R350 grant, it did express concern that the grant was not increased to at least the Food Poverty Line, which is currently R585 per month.

“We will continue to advocate for permanent social assistance for the unemployed pegged at the Upper Bound Poverty Line, currently R1 268, while working towards a universal basic income as our ultimate goal,” it said.

Transnet said it expects the force majeure it declared five days ago, when an alleged cyberattack crippled its IT infrastructure, is expected to be lifted soon. The disruption caused by the hack could potentially impact the import and export of goods across the continent.

Transnet spokesperson Ayanda Shezi said the state-owned logistics company notified its customers of the force majeure on Monday, 26 July. A force majeure is usually invoked when a company is unable to meet its contractual obligations because of outside factors. Transnet said the measure covers the period from 22 July and while no firm date for its end has been communicated, it is expected to end soon.

Transnet apparently acknowledged the disruption as a cyber attack, according to reports. In previous statements the company referred to a “disruption.” Bloomberg reports that the letter sent to customers said, “Transnet, including Transnet Port Terminals, experienced an act of cyber-attack, security intrusion and sabotage, which resulted in the disruption of TPT normal processes and functions or the destruction or damage of equipment or information.”

Cape Town’ robber’ shoots himself while aiming at cops

An alleged robber shot himself while aiming at police officers in Cape Town.

According to the City’s mayoral committee member for safety and security, JP Smith, officers were on patrol in Hanover Park on Friday, 23 July, when they were approached by a woman who had just been robbed.

“A few minutes later, they approached a man fitting the description given by the complainant.

“When he saw the officers, he fired at them, and as he ran away, he fell to the ground, and another shot went off.

“The officers took cover and the suspect got away.”

Smith said later that night, the officers stopped a vehicle outside the curfew, and the woman revealed her boyfriend had been shot.

“He turned out to be the robber who had fired on the officers, and officers arrested him at the Heideveld Emergency Centre. It just so happens that he shot himself when he fell.

“When he was discharged, he showed officers where he had hidden the gun. He was arrested for attempted murder and taken to Philippi police station.”

A scene of complete horror played out in upstate New York, the United States (US) just recently: A 59-year-old woman who had gone skydiving died following a parachute malfunction, The New York Post reports.

According to police, the woman, Karen Bernard from Florida, was killed at around 21:00 on Saturday, July 24 2021, when she jumped out of a plane to skydive in the town of Westford. Police say they are looking into the fatal parachuting accident, particularly why it failed to open.

“A preliminary investigation revealed that a Karen Bernard, age 59 of Wildwood, FL jumped out of a plane to skydive when it appears she had a malfunction with her parachute,” a short statement read.

This begs this question: How often do parachutes fail? Well, according to the USPA, about one in every one-thousand parachutes will experience a malfunction so significant that actually requires the use of the reserve parachute.

Bernard’s brother Terry also announced her tragic death with a post to friends and loved ones of Karen on Facebook.

“It is with a sad heart that I need to notify you, her family and friends that Karen passed away Saturday July 24th in a skydiving related accident,” he wrote.

Just in: Mango Airlines SUSPEND ALL FLIGHTS ‘until further notice’

A disastrous week for Mango Airlines has just got infinitely worse. Just 24 hours after being placed into ‘Business Rescue’, the ailing company has confirmed on Tuesday that all flights have been suspended for the foreseeable future.

Mango Airlines CEO William Ndlovu released a statement via Facebook, confirming that all planes would be grounded ‘until further notice’. Emergency discussions are, apparently, underway to try and restore the planned flight schedule. However, for those of you hoping to fly with Mango from today onwards, things aren’t looking good:

“We can confirm that our services and all flights are temporarily suspended from today, 27 July 2021, until further notice due to outstanding payments to ATNS. Senior management and our shareholder are locked-in in emergency discussions to find an amicable solution to this impasse.” | William Ndlovu

HOW DO I GET MY REFUND?

The business has outlined how customers can claim their refunds. Staff working for Mango Airlines have gone two months without receiving a wage, it has been reported, and customers have been asked to show ‘calm and patience’ when seeking their money back. Ndlovu has also apologised to all South Africans affected by these suspensions.

Take a look at weather forecasts for all nine provinces here.

Stay one step ahead of the traffic by viewing our live traffic updates here.

Olympics-Athletics-U.S. men power through to 4x400m final in fastest time 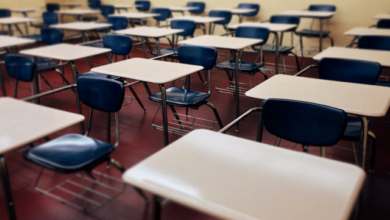 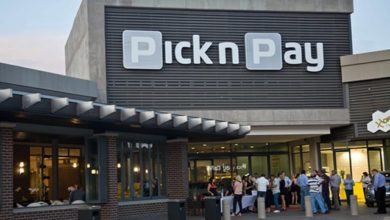