Tinyiko Maluleke writes that whether eNCA report Lindsay Dentlinger is white, yellow, brown or black, if she has discriminated against anyone, she needs to be called out.

During the 2021 SONA, President Ramaphosa tried to uplift the spirits of the nation by invoking the resilient Fynbos Biome and immersing the Covid-19-battered souls of his fellow South Africans with the poetry of Maya Angelou. Not to be outdone, Minister Tito Mboweni concluded his Budget Speech with a passionate call to action: Gloria est consequenda – glory must be sought after!

But only a few moments later, senior eNCA journalist Lindsay Dentlinger was seen interviewing a mask-less FF-Plus leader, Dr Pieter Groenewald, only to insist a few seconds thereafter, that UDM Deputy President, Nqabayomzi Kwankwa should keep his mask on before she could interview him.

This particular scene sent ripples of shock and outrage across the nation.

Immediately, amateur video editors, took to the internet and to the hard drives of their TV decoders, in search of similar footage, so as to establish whether there was a pattern of behaviour by Dentlinger.

Essentially the video clips used in the montages emanated from interviews conducted over five different days: 28 October 2020, 11 February 2021, 18 February 2021, 22 February 2021 and 24 February 2021. In the period covered by these dates, Dentlinger conducted no less than 27 interviews which are potentially relevant to the allegations of prima facie racism levelled against her.

So, here is the hypothesis which needs to be disproved: In almost all of those roughly 27 interviews in question, it seems that, whenever Dentlinger elected to or remembered to ask her interviewees to wear masks, the interviewees in question were black.

Occurring before the eNCA policy of mandatory masks for interviewees, the five interviews conducted by Dentlinger on 28 October 2020 should, strictly speaking, be irrelevant to the discussion.

Unless if there was evidence that Dentlinger had treated black and white interviewees differently even on that day. On this day, she interviewed, among others, Pieter Groenewald, Steven Swart, Geordin Hill-Lewis, Nqabayomzi Kwankwa and Pemmy Majodina – all of whom were mask-less and all of whom were not asked to wear a mask. It is therefore mischievous and unfair that the clip of the Hill-Lewis interview from 28 October 2020 has been included in several video clip montages that pertain to 2021 Dentlinger interviews.

On this day, Dentlinger interviewed, among others, Natasha Mazzone, Khumbudzo Ntshaveni, Mkhukeko Hlengwa, Shaun August, Kenneth Meshoe, John Steenhuizen and Zweli Mkhize. All of these, were already wearing masks, so there was no need for Dentlinger to ask for masks. Except for Shaun August, who seemed to be the only black person interviewed by Dentlinger without a mask of the period in question. But at the end of that interview, Dentlinger reminded August to wear his mask henceforth.

On this day, Dentlinger interviewed, among others, Steenhuizen, Hlengwa, Kenneth Meshoe, Corné Mulder and Ntshaveni. Steenhuizen did not wear a mask, but Dentlinger asks Hlengwa to “please keep your mask on, though”. The rest of the interviewees already had their masks on.

On this day, when Bongani Bongo answered the first question, he was not wearing a mask, but Dentlinger intervened saying: “Can I just ask you to put your mask on before you continue. We are trying to respect Covid-19 protocols and set a good example. Over your nose too, please, sir.”

On this day, that Dentlinger interviewed, among others, Groenewald and Kwankwa – the former without a mask while the latter was asked, “Please can you keep your mask on, sir”. Her other interviewees were, Wayne Thring, Geordin Hill-Lewis, Paul Mashatile, Mangosuthu Buthelezi, Shaik Imam, William Madisha, Brett Herron and Edward Kieswetter. All of the latter were already wearing masks. However, Dentlinger did ask Thring to “cover your nose please, sir”.

In their first statement on 25 February 2021, eNCA pointed out that Dentlinger was under pressure as this was a live broadcast. But they come short of admitting to any oversight, either on hers or on its part. Extolling her credentials as a journalist, eNCA concludes that Dentlinger’s conduct was “not racially motivated or with malicious intent” and that “this incident represents an inaccurate and unfair image of her work”.

During an interview with JJ Tabane, Dentlinger described interviewing a mask-less Groenewald as “an oversight” in terms of which she “erred in not following company policy”. She put it all down to the pressures of live broadcasting.

She announced that she had apologised to Kwankwa and Hlengwa because that “40 second clip has made it appear that ostensibly, I disrespected them both”. But she challenged her detractors, asking:

“… what about the unconscious bias of the people who have based this entire furore on the fact that they perceive me to be white and so therefore I was acting in a racist manner?”

Whether Dentlinger is white, yellow, brown or black, if she has discriminated against anyone, she needs to be called out.

While the fact-checking of some of the video montages has been helpful, especially in distinguishing 2020 interviews from 2021 interviews, it requires no rocket science to see that the video clips in the montages came from different times and places. To point this out is to state the obvious.

It is rather arrogant merely to assert, that Dentlinger was not racially biased, without presenting any corroborating evidence to the contrary. That several white (and black) interviewees approached Dentlinger already wearing masks is no evidence of virtue on the part of Dentlinger.

In explaining her “oversight” and “error” in relation to the Groenewald interview of 24 February, Dentlinger appears to be defending him when she says: “Mr Groenewald did not have a mask anywhere on his person before I started to interview him.”

She still went ahead and interviewed him. Despite her two decades of experience she proceeded, “to crumble in the moment and not to remember to tell everyone to wear a mask”.

Several defenders of Dentlinger cast her in the mould of a victim. Some even go as far as to say, she deserves an apology. Now, that is a little too rich.

So, the hypothesis which, to my mind, has yet to be disproven, by Dentlinger, eNCA and her army of defenders is: In almost all of those roughly 27 interviews in question, it seems that, whenever Dentlinger elected to or remembered to ask her interviewees to wear masks, the interviewees in question were black.

So, how come eNCA seems not to care that Dentlinger has, over the period in question, repeatedly forgotten to remind white interviewees to wear their masks? Why should our fellow South Africans – the white interviewees – receive such life-threatening neglect at this time?

– Tinyiko Maluleke is a Senior Research Fellow at the University of Pretoria Centre for the Advancement of Scholarship. You can follow him on Twitter @ProfTinyiko 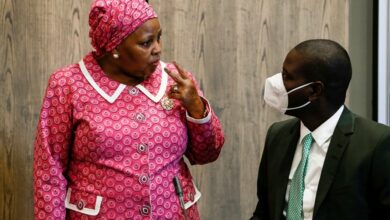 A conspiracy not borne out by facts or law, says Lamola’s office on Mlambo accusations 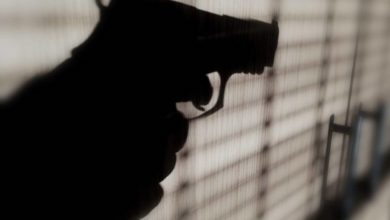 Woman, 73, shot during attempted burglary in Eastern Cape as man is foiled by security gate