Next time you stay at a hotel, you can make sure you keep your family even safer – simply by using your belt.

A US Royal Marine named Robin often shares tips and advice on TikTok about how to stay safe or escape danger.

In a video shared on his TikTok page DutchintheUSA, he explained how to protect your hotel room if you feel it could easily be broken into.

“Here are some hotel room safety tips you should know about,” he said.

“Use your belt to go through the chain link. This makes it harder to pick it or even remove the lock.”

He then showed how looping the belt through the top lock and around the door handle meant it could not be opened.

The marine, who admitted he often stayed in dangerous places, had other tips for hotel room safety, including putting a glass on the door handle to wake you up if anyone tried to turn the doorknob to enter the room.

He said in an extreme measure, you could use the shower curtain rail – if it could be easily detached from the bathroom wall – for extra security.

Calling it the “self-made barrier,” he said you could use the curtain rod to put pressure on the door so it wouldn’t open, if you jammed it sideways against the door handle and the wall next to it to create a triangle.

While this would only work if the door was next to a wall at a right angle, it was another way to increase the safety in the room in an emergency.

Some people in the comments said the curtain rod measure was overboard, with one calling it “so damn extra”.

However, other people said it was great for women who were travelling alone if they felt unsafe.

“I’m a female and I travel for business. This is good,” one person wrote.

Another person said: “Everyone thinks ‘it will never happen to me’ until it does. Better to be safe than sorry.”

Robin’s other tips on his TikTok page include how to escape a sinking car, the best self-defence tips and what to do if you are ever kidnapped.

Hyundai i30 N Fastback returns for a limited time 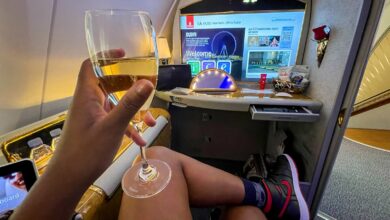 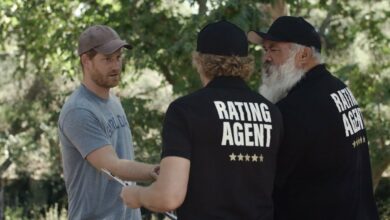 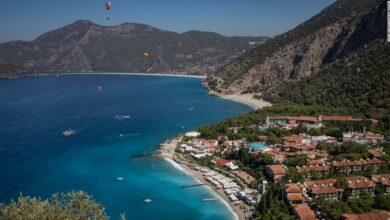 How Russia’s invasion of Ukraine could hurt travel’s recovery