Rumors of a larger Defender emerged even before Land Rover revived the legendary off-roader in September 2019. Company executives have now officially confirmed a three-row derivative is in the pipeline and will be on sale within the next 18 months. Known as the Defender 130, the more spacious SUV “will hit a sweet spot in North America, China and also the Middle East, which we’re not yet touching,” according to Chief Financial Officer Adrian Mardell.

According to an internal document from a couple of years ago, the more family-friendly derivative will retain the 119-in (3,022-mm) wheelbase of the Defender 110 while stretching the overall length by about 13 inches (342 millimeters) to 201 inches (5,100 millimeters). The same document referred to the Defender 130 as being a “premium explorer” with eight seats.

The three-row Defender will join the two shorter versions and recent additions to the family such as the plug-in hybrid and the brawny V8 version featured here. Land Rover could expand the lineup furthermore in the years to come as the Tata Motors-owned marque still hasn’t given up on the idea of a pickup. Considering the segment’s boom in recent years, the decision to green-light the truck seems like a no-brainer.

Jaguar Land Rover’s design boss Gerry McGovern hints there’s more to come as the company is “looking at what we can do with that brand because with relatively small investment we can increase its appeal. I’m absolutely convinced Defender will become a power brand in itself.”

JLR’s recently announced “Reimagine” strategy will turn Jaguar into an EV brand from 2025, but there are also plans to electrify Land Rover. No fewer than six purely electric vehicles are planned for the Range Rover, Discovery, and Defender families, with the first zero-emissions model scheduled for 2024. It’s unclear when exactly the Defender will lose its combustion engine, but it will happen within the next five years.

In the line of duty 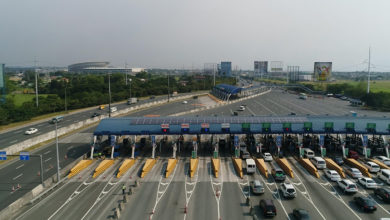 NLEX and SCTEX to reduce operating capacity during ECQ

Toyota RAV4 Hybrid not tough enough for you? New SsangYong KR10 SUV will be “powered by toughness” with eco-friendly engines – Car News