Hoteliers and hospitality businesses will be hoping that the number of flights – and tourists – continue to increase, having previously warned that the staycation market would not be enough for many businesses.

With effect from Monday, travellers from the UK and Crown Dependencies will no longer face ten days’ mandatory isolation on arrival, with the majority regions now ranked green.

Around 2,500 passengers are set to travel in and out of Jersey during the coming week. The number is well down on pre-Covid levels, but represents a significant increase from the past few months.

Arrivals from green regions need only to isolate themselves until a negative result from their test on arrival is received – and the tests are set to remain free of charge for the time being.

Around 157,000 free tests have taken place at the Airport and Harbour since the Island’s borders reopened after lockdown at the start of July last year, making up 45% of all the testing to have taken place over the past ten months.

In confirming that free Covid checks will continue for the time being, Jersey is taking a different approach to Guernsey, where arriving passengers will soon have to pay £25 to be tested.

A Government of Jersey spokesperson said: ‘There are no current plans to introduce charges for on-Island Covid-19 testing. Testing remains one of our strongest elements to containing the onward transmission of the virus, and any potential barriers to access this would be unhelpful at this stage.’

Jersey’s current border restrictions will be relaxed on Monday morning for arrivals from the UK and Crown Dependencies, with the reintroduction of the ‘traffic-light’ system showing regional risk ratings.

Details about the border policy were finalised on Thursday as States Members overwhelmingly rejected a Scrutiny proposition calling for the threshold between green and amber regions to be halved from 50 to 25 cases of Covid-19 per 100,000 people over the previous fortnight.

Ports of Jersey said it was ready for passenger levels at Jersey Airport to pick up gradually once restrictions eased.

A spokesman said that a total of just over 400 passengers were set to pass through the Airport on Monday, with five flights arriving and the same number departing. Figures for the seven days starting on Monday indicate a total of 2,500 passengers across the week.

‘Easing restrictions, and the high proportion of green areas in the UK, is good positive news and we are ready to go,’ the spokesman said. ‘We have been operating throughout this winter, so everything is in place for numbers to start to build as passengers become more confident about travelling.’

Some air routes will open straight away, with Blue Islands having Birmingham and Bristol services scheduled on Monday and the inaugural Exeter flight the following day. EasyJet will add Manchester, Liverpool and Glasgow to the existing London Gatwick service by the end of May, and BA will continue services from London Heathrow, with 133 passengers set to arrive on Monday.

A spokesperson for Condor Ferries said: ‘The reintroduction of regional categorisations from next week is encouraging and welcomed by Condor.

‘For travel to return to anything like normal, however, the controls will need to be removed completely. Any continuing restrictions – including the need for a test on arrival and isolation – will limit the number of passengers wishing to travel. We know that holidaymakers are very unlikely to visit for a day, two days, a long weekend or even seven days if part of their trip has to be under such conditions.

‘For our part, the reduction in cases in the UK, ramping up of vaccinations and desire on the part of the British consumer to start travelling again offer optimism for the summer. We believe Jersey is ideally placed to take advantage of what we are calling the “staycation-plus” market.’

With travel to and from the Channel Islands set to pick up, and the UK government’s ban on overseas travel – which does not include Jersey given the Island’s status as part of the Common Travel Area – likely to cease from 17 May, the issue of vaccination passports remains on the agenda.

Jersey’s deputy medical officer of health Dr Ivan Muscat said that several different factors would need to align if the idea of vaccination passports, sometimes referred to as Covid safety certificates, were to be feasible.

‘The policy itself is being looked at and will be discussed by ministers,’ he said. ‘It’s also necessary to consider the ethics and legality, as well as the digital/technical aspect – these areas are being explored at pace.

‘If all three strands align, then we may be able to progress to the point of it being feasible to have a pilot study.

The issue of vaccination passports has prompted Islanders to lodge petitions on both sides of the debate.

A petition against Covid passports was lodged on 14 April and had attracted just over 2,000 signatures by yesterday, while a petition supporting the idea gained around 250 signatures in the 48 hours since being lodged on Wednesday. 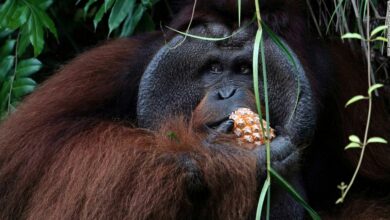 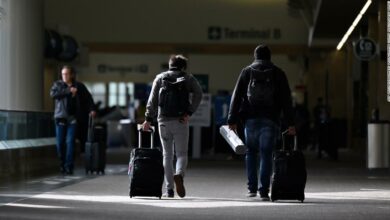 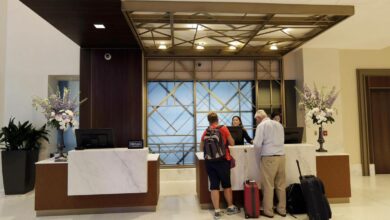 All-inclusive travel could be the latest 2022 travel trend