The limitations on travel during the pandemic has given many cabin fever, ad one aviation enthusiast in Scotland is relieving his frustrations in some extra curious ways.

Pulling out an authentic airplane trolley, going back over Instagram airplane photos of past  trips, and rolling up his sleeves, Nik Sennhauser has been recreating his favorite airplane meals at home.

While most of us would never imagine being nostalgic for airplane food, as a boy growing up in a half-Thai, half-Austrian family, travel for him has always made him feel at home.

Now his air map is even more distributed, with his home in Scotland, his sisters in the U.S, and a brother in Spain. It all adds up to a lot of bonus miles, and has turned Sennhauser into a bit of an aviation nerd which saw him get a job in project and social media management that allowed him to travel every 3-4 weeks.

After a year of government-enforced lockdowns and travel restrictions, during which he realized that make-believing one was on an airplane was a common Instagram phenomenon, he started going back over his old photos on the weekends, picking out a meal he enjoyed, and attempting to cook it with authentic airline crockery purchased online.

“The amazing thing about it is that I’ve actually become a better cook, because I had to go and research the recipes,” he told CNN, adding that he’d never been much of a cook before

MORE: Top 20 Things We Want to Do on a Post-Covid Vacation – And Airline Change Fees Are Crucial

“The meals aren’t just for Instagram to look nice; they have to taste good, as well, because they’re actually our Sunday meals, and I have to feed my husband. So it needs to be edible.”

He notes he’s become particularly good at desserts, and that the breakfasts are mostly made from improvisation, but that the meals need generally 3-4 hours prep and cooking time even when making the measly-sized portions typical of the airlines.
“You have to take into account that you’re in a metal tube at 40,000 feet being catapulted through the air, and the flight attendant is heating up a meal in an oven—there’s only so much they can do,” he said, adding that he doesn’t believe people like having just two options.

CHECK OUT: JetBlue Going Carbon-Neutral in 2020 On All Domestic Flights —The First Major US Airline to Do So

Fortunately, as the UK’s vaccination drive steams onward, it won’t be too much longer until this galley chef can likely fly again, at least in the UK, and soon maybe elsewhere too.

Let’s take a look at some of Nik’s recent lockdown meals.

Will sir be having the Red Thai curry for dinner?

And the fritatta for breakfast?

Homemade corn muffins have become a lockdown favorite for Nik.

SHARE This Story With the Travelers in Your Life…

Where to rent treehouses in U.S., Japan, Australia and Costa Rica 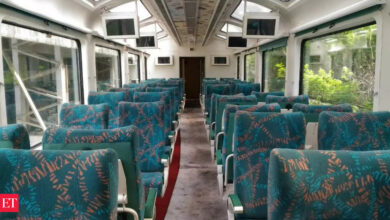