Everyone had warned Patson Daka about “the computer”. Some even muttered that the computer was so dangerous that it absolutely had to be destroyed.

Patson was 13-years-old and didn’t see why he had to “beware the computer”. He was here to play football. It’s why Patson had moved to the Zambian capital, Lusaka.

Along with thousands of other boys, Patson had signed up for the 2012 Airtel Rising Stars, a competition that seeks out the greatest football talent in the country’s 10 provinces. Succeed here and, with skill and a bit of luck, a boy’s dream – a place in Zambia’s youth squad – will come true.

After the first few matches, the thousands of hopefuls had been whittled down to a mere 200. By the end, that number was further reduced to just 18. And Patson Daka was their captain. Zambian president Edgar Chagwa Lungu congratulated the young African on Facebook.

It was during this triumph that Patson first met Enock Mwepu. The then 14-year-old threaded his passes down the pitch with machine-like precision, which is why he was called “the computer”. Now Patson knew what – or rather, whom – people had been warning him about. But he didn’t want to destroy Enock. On the contrary. Instead, the two became friends for life.

Both footballers come from similar backgrounds. Enock was born in Lusaka, but then moved with his parents to the mining town of Chambishi. His father, Robby, worked for one of the many copper-mining companies; today, his parents are farmers.

Patson’s father, Nathtali, was himself a football player for Nitrogen Stars in his hometown of Kafue, but sadly he died young. At the tender age of 14, Patson had to take charge of the family; he took on the same role for his community, too.

Even back then, he supported those around him as best he could, because, Patson explains, “If you wait until you have a lot of money to help those who have less than you, you’ll never be rich enough. But if you always give a bit of what little you have, it’s always enough.”

“I was terribly homesick.” But then Enock turned up…

In 2017, Patson relocated from Africa to Austria. As a new signing for FC Red Bull Salzburg, he started out playing for its feeder club, FC Liefering, in the Second League, the second tier of Austrian football. He was just 19, in a completely new cultural setting, and he missed home. “It’s hard when you’re first away from home, alone in a foreign country, for a long time,” he says. “I was terribly homesick.”

Six months later, his buddy Enock joined him. “That was such a release for me,” says Patson. “When Enock arrived, I stopped missing home. In those first months in Salzburg, we shared a room at the Red Bull Football Academy in Liefering. We spent all our free time together. We spoke about everything that was on our minds.”

And what was on their minds? “For me, there were just three things: football, school and church,” Patson reveals. “We very quickly understood that we work really well together on the pitch,” adds the like-minded Enock. “The better we got to know each other, the more we fought for each other out there and the more easily success came to us.”

Their results underscore what they say. That same year, they won the Africa U-20 Cup of Nations with the Zambian national team. Patson scored the first goal in the final against Senegal, in front of 60,000 fans. The game ended 2-0.

The youngster scored four goals in the competition in total. He was voted player of the tournament and celebrated as a teen sensation.

Success continued when he ran out for FC Red Bull Salzburg, too. In 2017, Daka won the UEFA Youth League – the Champions League for under-19 teams – with Salzburg, again scoring in the final. With the first team, Patson went on to win the Austrian Cup in 2019 and 2020, and the Austrian Bundesliga in 2018, 2019 and 2020. And Salzburg’s top scorer last season?

Patson Daka, with 24 goals. Patson stole the limelight. But there was no envy, says Enock

So, where was Enock while Patson was hogging the attention? Did it put a strain on their friendship? “No,” says Enock. “It has always been greatly inspiring for me to see how far Patson has come on. It’s given me the motivation to train and work harder to achieve the things he has. He has always been the leader in our team, and I wanted to be like him.”

And what does Patson have to say about that? He’s grateful to Enock for the support. “I was incredibly lucky to have a ‘computer’ on my side,” he says. “All I had to do was convert his amazing passes into goals. Enock made life incredibly easy for me.”

The vigour that both youngsters bring with them is attested to by FC Red Bull Salzburg’s Director of Sports, Christoph Freund. “Enock and Patson have all the qualities required for top-flight, world-class football,” he says. “They are both level-headed and ambitious. I’m sure they’re going to cause quite a stir.”

Enock and Patson are already superstars in Zambia. When they go home on holiday, they can’t leave the house without causing traffic chaos. President Lungu is still a huge fan of the pair. When it was announced that Patson and Enock were being kept on at Salzburg, the head of state tweeted the news right away. And when fans voted Patson the Austrian Bundesliga Player of the Championship Round for 2019-20, Lungu congratulated him personally on Facebook: “You make Zambia proud!”

This is balm for the soul for Patson, and no less important for the country as a whole. “Young footballers see what we’re capable of,” says Enock of his and Patson’s status as role models. “They give it all they’ve got so that they too can take the next step.”

“Our talent is a gift we have to pass on”

Patson becomes pensive for a moment. “We have a problem in Zambia with young people and alcohol and other drugs,” he explains. “Football is a wonderful opportunity to stay away from all that.” Enock completes his thought: “You avoid the vicious circle altogether if you play football all day and collapse into bed exhausted in the evening.”

Enock and Patson want to give something back as role models for success. They’re both very religious and call their sporting talents a divine gift. And Patson and Enock are as one when they say that they are very serious about putting that gift to good use.

Serious is the operative word. A gift is a gift, but success comes off the back of hard work every day, they both explain. “We both want to be better footballers,” Enock says, before revealing his dream “to one day be on opposing teams in the Champions League Final”.Patson nods in agreement, thinks for a moment, and adds, “Even then, we’ll still be friends.” – The Red Bulletin

Zambia warns citizens against travelling to South Africa amid unrest

Kenneth Kaunda buried in Zambia amid controversy over burial site 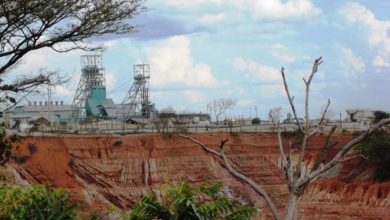 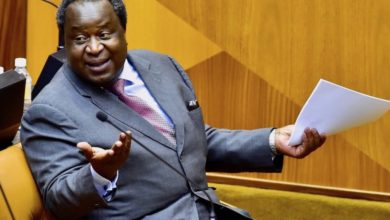